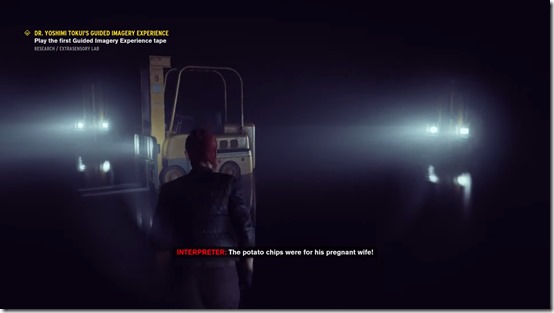 Lately, Hideo Kojima has been in the news for Death Stranding-related announcements. However, another appearance is also getting quite a bit of attention. Control, the latest third-person adventure from Remedy Entertainment, also features him. He and Aki Saito, Kojima Productions Head of Marketing, both star in the game’s “Dr. Yoshimi Tokui’s Guided Imagery Experience” mission.

In Control, Federal Bureau of Control Director Jesse Faden will eventually gain access to the Central Research Sector while going through the story. Tokui’s Extrasensory Lab will be in its Parapsychology section. Do some exploring and you’ll come across the mission that has Kojima guide you on a brief adventure involving a forklift and seagulls.

You can see the brief Control Hideo Kojima cameo, where he plays Dr. Yoshimi Tokui, below. Saito is also featured as his translator.

Control is available for the PlayStation 4, Xbox One, and PC.