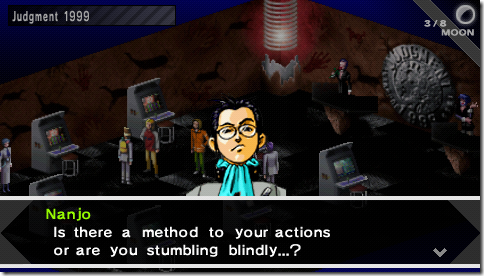 During E3 I caught up with Atlus and discussed all things under the Shin Megami Tensei umbrella. We’ll start with the localization of Shin Megami Tensei: Persona which comes out in North America on September 22.

Are you going to have any jokes about the PS1 translation hidden in the script?

NM: We don’t have any jokes about it, but there are a couple lines fans of the PS1 version might particularly remember. We made sure to preserve a couple of those.

Will this have voice acting? I know the Japanese version didn’t include it, but it seems like something your fans want.

NM: You know we did add voice acting to the anime scenes. The regular event scenes remain as is and of course the battle dialogue as well. 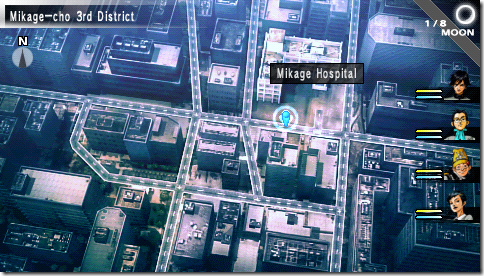 Since Sony officially revealed the PSP Go, does Atlus plan to release a downloadable version of Persona on the PlayStation Store?

Yu Namba, Project Lead: We can say for sure that there will be a UMD version. I don’t know if we will be releasing it simultaneously digitally on the PlayStation Store.

NM: Plans for that are up in the air, but for the UMD version will come with the two disc soundtrack.

We’ve heard about the Snow Queen quest, but for those who don’t know can you explain what it is?

NM: Early on in the game there is a hidden path you can take. If you do these steps in the right order you can access an entire 30 hour quest that basically replaces the main quest. You have to lift the curse that has plagued the Snow Queen mask. 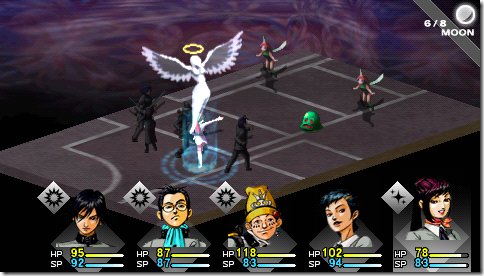 How are the load times?

NM: They are definitely shorter than in the original version. In fact I think Shoji Meguro, the Director and Composer, specifically when he was recomposing the soundtrack said he tried to keep the music a certain time to keep the load times short.

YN: The battle sequences are already sped up from the original PS1 version, but I think there is a skip function as well to make them go even faster.

NM: You can choose to turn off the Persona summoning animations.

What’s going on with Growlanser?

YN: It’s doing very well in Japan right now. Over here, we really don’t have any plans at this moment.

The second part of the interview focuses on Shin Megami Tensei: Devil Survivor. It escapes from lockdown on Monday.