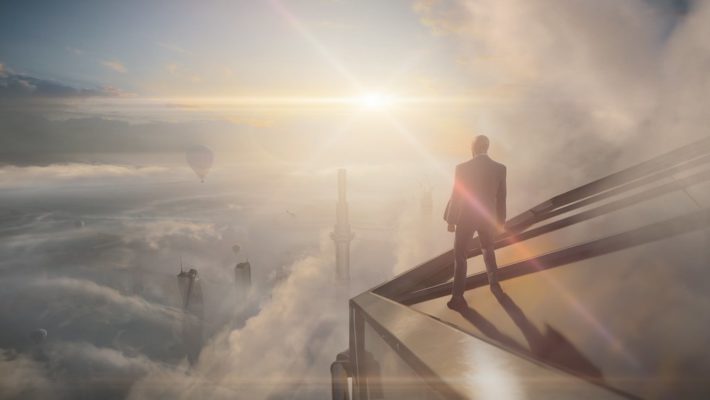 The Hitman 3 release date’s been narrowed down. While we initially knew it would show up in January 2021, we now know the exact date is January 20, 2021. Io Interactive also brought up its pre-order incentive, the two versions people will get, and confirmed that there will be a free upgrade to the PlayStation 5 and Xbox Series X versions if someone buys a PlayStation 4 or Xbox One version.

To start, Hitman 3 pre-orders include a DLC pack that gets all nostalgic. No matter where you order it, you’ll get the Trinity Pack. It has a white suit inspired by the first game, a red suit inspired by the second, and the black suit that will be a hallmark of the third game. Each suit also has a matching briefcase and gun. 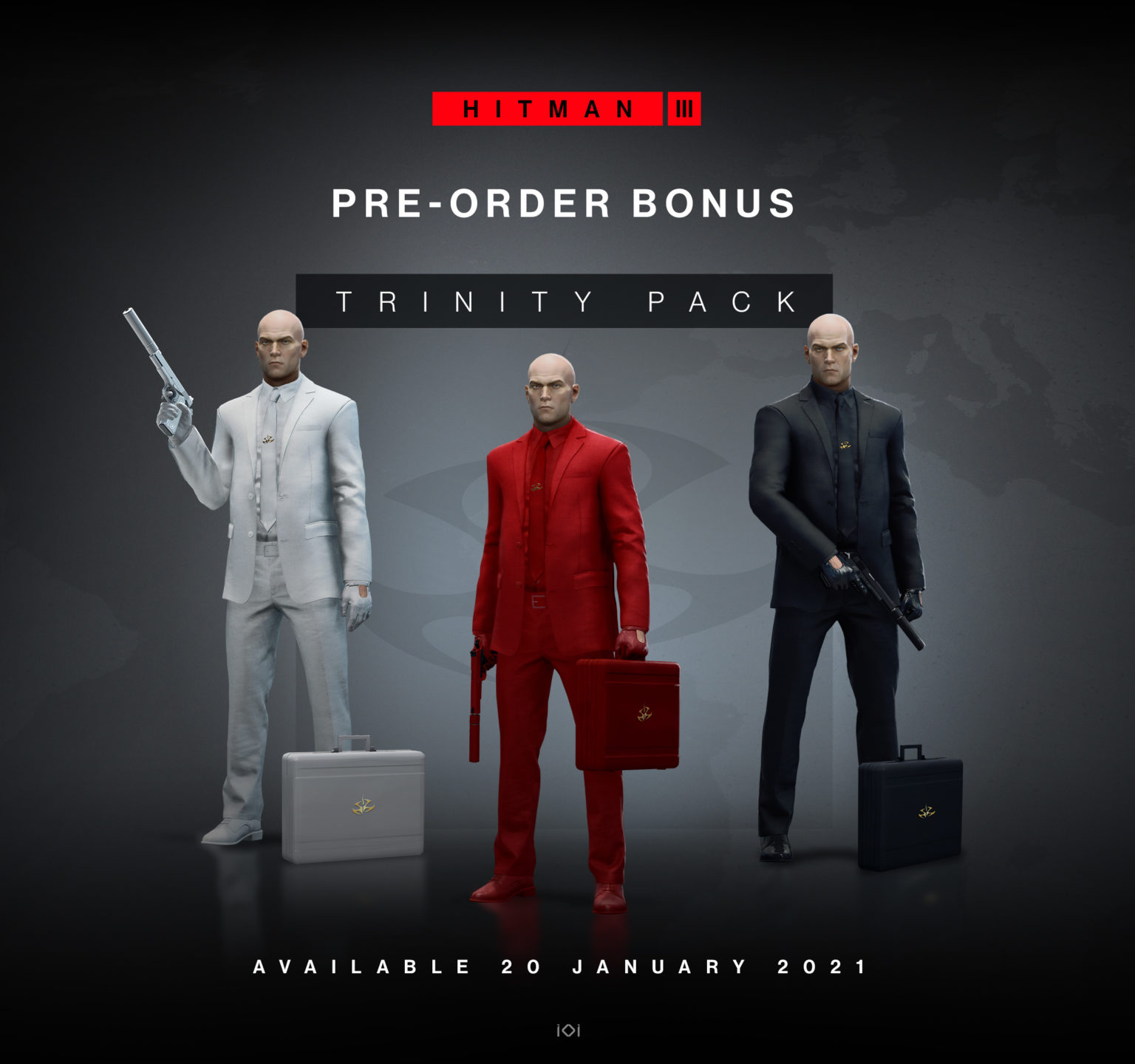 As for the different buying options, there will be a standard edition and deluxe edition. The Hitman 3 Deluxe Edition will give people digital soundtrackcs for the three games, a The World of Hitman digital art book, Deluxe Escalations in-game, what looks like three Deluxe Suits for Agent 47, and director commentary mission introduction. 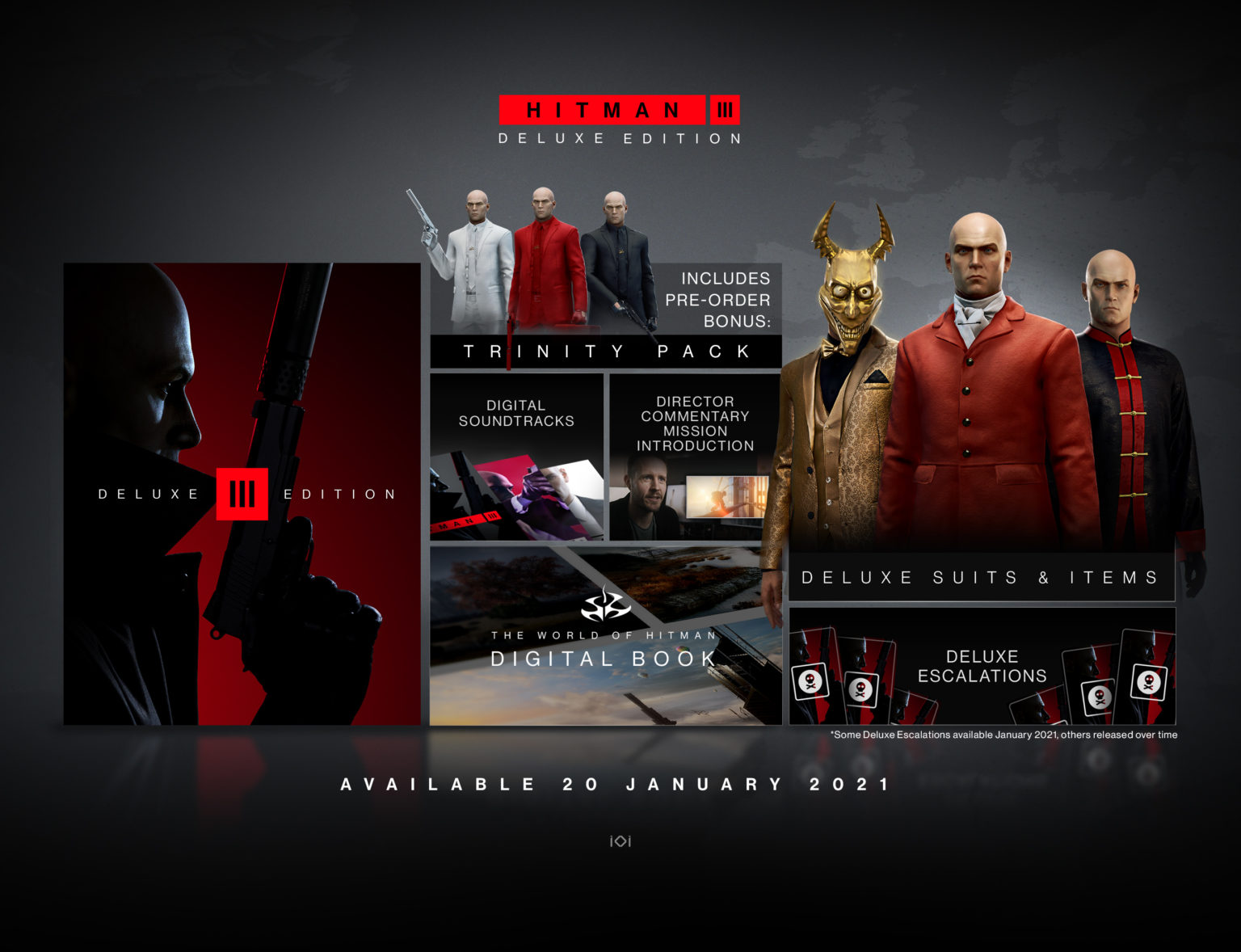 The Hitman 3 release date for the PlayStation 4, PlayStation 5, Xbox One, Xbox Series X, PC (via Epic Games Store), and Stadia is January 20, 2021. It will be an EGS exclusive until 2022. The next-gen upgrade will use Smart Delivery to give Xbox One version owners the Xbox Series X version and will let PS4 owners also get the digital PS5 version from the PlayStation Store.