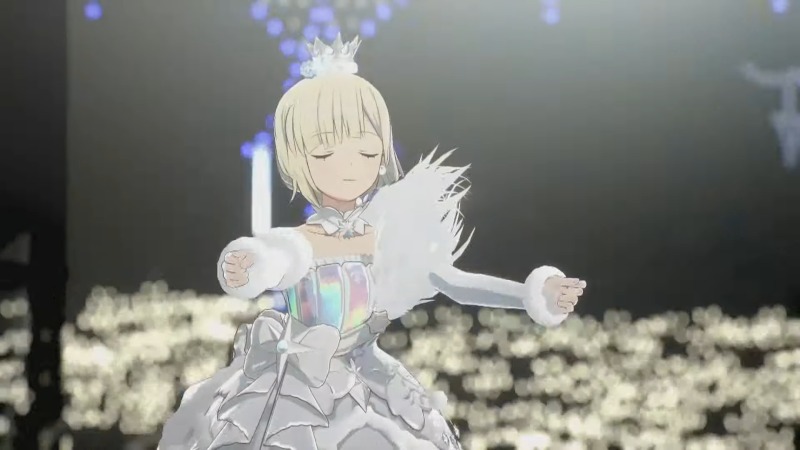 Bandai Namco held a Starlit Report stream dedicated to The Idolmaster: Starlit Season at Tokyo Game Show 2021. It revealed a new song and DLC costume for the upcoming console game. The company will also release the second demo on the game’s launch day.

The stream introduced the fourth new song made for the game. Titled “[email protected],” this song is meant to represent Winter. The songs revealed previously represented Spring, Summer, and Fall, respectively.

“[email protected]” will be the most important song in Starlit Season. All 29 members of Project Luminous will be present at the performance. The song’s melody was previously used in the game’s reveal trailer.

The stream hosts also revealed the first set of DLC that will be available at launch. It will include the collaboration costume set based on Shionne from Tales of Arise. Additionally, Bandai Namco also newly announced a new collaboration costume modeled after the ADF-11F Raven aircraft from Ace Combat 7: Skies Unknown.

Bandai Namco will release the second demo for The Idolmaster: Starlit Season on the PlayStation 4 on October 14, 2021; the same day as the full game’s release. Unlike the first demo, players will be able to transfer save data from the new demo to the full game.

The company will also hold another online event dedicated to the game on October 11, 2021. It will feature more game information announcements available publicly. The event will also have a mini-live concert that only people with a paid ticket can watch.

The Idolmaster: Starlit Season will be available for PlayStation 4 and PC via Steam in Japan and Asia on October 14, 2021.