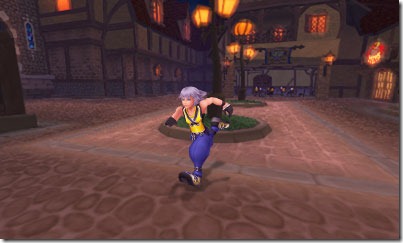 These comments come from Tetsuya Nomura, who recently spoke with Nintendo Power magazine about both Re:coded and Kingdom Hearts 3D. According to Nomura, the development team is still deciding upon which worlds to include in Kingdom Hearts 3D.

Nomura adds that there “may be a major overhaul in the selection of Disney worlds,” possibly referring to the kind of worlds chosen for the game. He goes on to reiterate what he has stated before — that nearly every Disney locale in Kingdom Hearts 3D will be entirely new.

At this past year’s E3, Square Enix showed off a Kingdom Hearts 3D trailer that depicted the sky raining Soras. Nomura clarified that this was done to communicate the idea that the impossible would occur in Kingdom Hearts 3D. (Impossible even by Kingdom Hearts standards? Oh dear.)