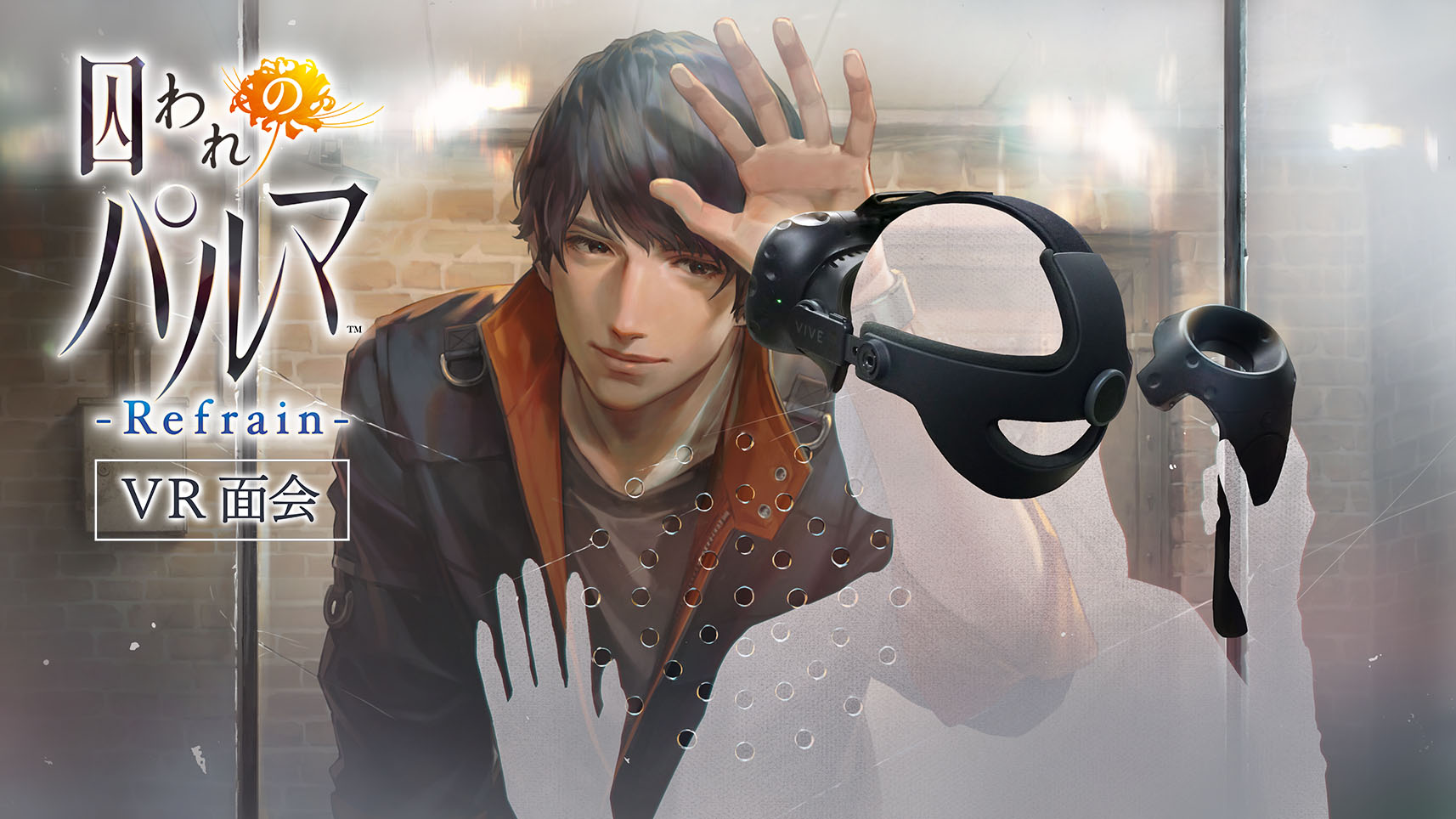 Starting in late March 2020, visitors to Capcom’s amusement facilities will be able to experience the otome visual novel Imprisoned Palm: Refrain in a face-to-face VR experience. [Thanks, 4Gamer!]

For ¥900 (roughly $8.50), VR players can enjoy a “painfully real” romantic experience as you meet with Chiaki and connect with him in his prison cell. While wearing the VR headset, players will have a 360 degree view of his environment and feel like they’re really communicating with him. Players who look up, down, left, or right will experience new sounds as they engage with Chiaki. A guard might call out from behind the cell door of the prison or he might even react, following your eyes mid-conversation.

Although subtitles will be provided for players, there will also be an option to turn them off during your time in the game to heighten the experience. However, any dialogue options that appear will be shown in text, so that players can choose how they want to respond to Chiaki. Players are encouraged to engage deeply with the game, and at times will even be asked to reach out to him without fear or hesitation.

During the experience, players will also be able to experience three different games: His Heart-Racing Card Game!, Memory Recall Origami, and Losers Are Still Winners! Panel Rock-Paper-Scissors. These are in addition to the difference places players might visit with Chiaki.

Of course, no experience would be complete without goods. Capcom will have a selection of items fans can get after their experience. Goods include a set of origami paper, a set of cards with Chiaki’s handwriting on them, and a set of bookmarks.

Additionally, players can get special items if they celebrate their birthday or an anniversary with Chiaki. Unlike the regular fee, this will cost ¥3,500 (roughly $33). This mode can also be used for “anniversaries” too, so you don’t have to celebrate special events just once a year. Special items will include a preserved red rose and a set of small prints drawn by Chisato Mita. These will be limited to this event only.