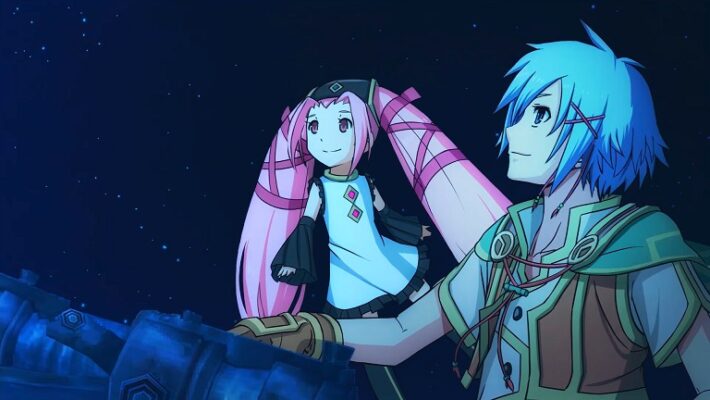 The Legend of Nayuta: Boundless Trails delivers a decently fun experience, though those seeking a JRPG for its story may have better luck with another Falcom title. It certainly feels modern, despite the age of the game. (The original came out in 2012.) This is due to the smooth combat animations and way its controls feel. It reminds me more of a platformer, due to the way Nihon Falcom designed its stages and enemies. And because the story is not particularly convoluted, it is also friendly towards those who have huge gaps in between play sessions.

For better or for worse, The Legend of Nayuta is a very standard JRPG in terms of its story. The plots starts with introducing us to Nayuta, the protagonist. We also meet his best friend Signa. Nayuta’s parents disappeared after they went searching for Lost Heaven, which is a mysterious world visible in Star Fragments that fall on his island. One day, he and Signa investigate a tower that suddenly appears in the water. In the tower they encounter a fairy, a wizard, and a masked swordsman. Thus begins their journey to reclaim the Master Gear from the wizard Zechst, though Signa goes off on his own after noticing something about the masked swordsman. From the characters to the plot, the story feels like someone created it with a JRPG Cookie Cutter. 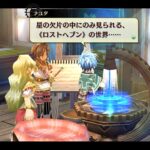 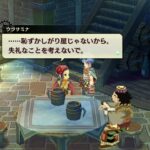 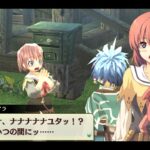 But just because something feels classic doesn’t mean it’s bad, and The Legend of Nayuta does a great job in getting someone excited for the journey up ahead with its worldbuilding, charming NPCs, and beautiful backgrounds. Each stage is just long enough to deliver a satisfying experience, but short enough that you can progress through the game comfortably even on a time budget. That makes sense, considering the game originally came out on the PlayStation Portable. Most PSP games felt like the developers had “on-the-go” in mind. The one thing that did not translate well in HD is some of the character models. Some characters looked downright freaky, due to their eyes looking just a bit too bright and wide. 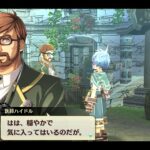 So how does The Legend of Nayuta work for players like myself, who had never seriously played a Falcom game before? Well, once the game properly starts, you can teleport between the garden and Nayuta’s village. In Nayuta’s village, you can purchase supplies, learn new recipes and techniques, or accept side quests from NPCs. Once you’re ready, you can enter the garden through a tree next to Nayuta’s house. From there, you can transport to different worlds. Each world is separated into stages. It may not be that appropriate a comparison, but I was immediately reminded of Crash Bandicoot 3: Warped when I realized how the game would proceed. There are multiple stages, a central world map, and an overarching plot that ties everything together. Each stage also has high replay value through the undermentioned season system. 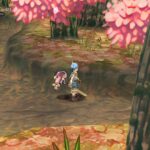 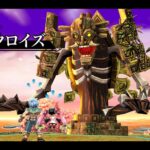 After completing a world, you can adjust the season and return to it. Even though the world is the same, the different season means that there are different enemies, items, and difficulty levels. The game never feels so difficult that it’s frustrating. But it’s also not so easy that I can brainlessly slice my way through. It’s a good game for someone who wants to put in minimal commitment while still enjoying a relatively well-crafted game. Anyone familiar with JRPG tropes can also skip through certain dialogue scenes if in a rush to get back to the action, as the story is pretty conventional fare.

Perhaps it is due to the fact that I am using the WASD control scheme on PC rather than a controller, but I sometimes had trouble gauging the depth of the in The Legend of Nayuta: Boundless Trails stages, though nothing that negatively impacted my experience. Though the combat is hack-and-slash, the game requires careful timing and observation of enemy patterns. You also have to be careful that you’re not avoiding enemy attacks and tumbling right over a ledge. In fact, I was in more danger of a Game Over due to running Nayuta into gimmicks. While the monsters were certainly dangerous at times, they’re nothing compared to the sheer danger of fan blades. It did feel unfair at times that an enemy could swing and hit me, even though I was under a ledge. Like, what’s the point of the altitude difference other than making me jump around.

As a whole, The Legend of Nayuta is a fun action game, though its standard story may seem stale. Not even the promise of adventure and mystery was able to keep my interest for very long. However, in this day of stories constantly trying to subvert tropes and expectations, this classic JRPG tale may actually be a refreshing adventure. Its true charm still lies in its battle system though.

The Legend of Nayuta: Boundless Trails is available on the Windows PC, PlayStation Portable, and PlayStation 4 in Japanese. A Nintendo Switch version is in development. The PS4, PC, and Switch versions will come out in English in 2023.