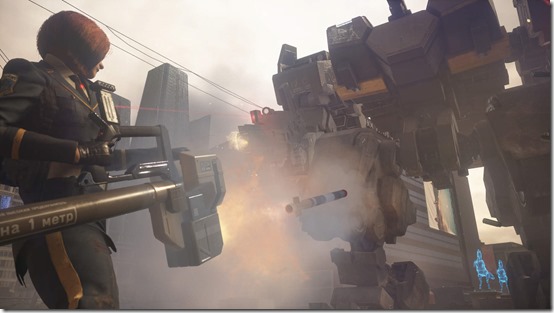 Left Alive is a stealth game where people are ideally supposed to remain unseen as often as possible, only resorting to shooting enemies when you have to. A focus on following the path it wants players to take through levels and other quirks may make it frustrating. However, Square Enix has just added a Left Alive Casual difficulty level that lets people switch up their tactics.

Casual difficulty is a part of Left Alive‘s latest update, with people able to switch to it in options or by starting a new game. It is designed to make the title more of an action game, rather than a stealth one. Leonid, Mikhail, and Olga all have stronger attacks and can carry more ammunition, so you have a better chance of fighting back against foes. Even the Wanzers they can pilot have more health now. If you do sneak around and catch someone off guard, perhaps with an attack from behind or headshot, you will do a lot more damage to a foe. As for enemies, they are no longer bullet sponges and also their attacks are less powerful.

The other Left Alive difficulty levels have been rebalanced with the latest patch too. Square Enix listed five of the changes made across all of the existing modes.

Left Alive is available for the PlayStation 4 and PC.