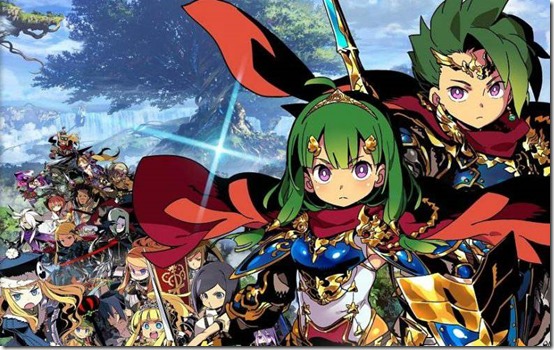 At #1 of the week we have Etrian Odyssey X with 71,946 units sold on the Nintendo 3DS. Here’s a look at how it stacks compared to the debuts of previous entries of the series:

As you can see, it’s a bit of a drop when you look at it in comparison to the last main entry in Etrian Odyssey V, but it doesn’t mean the series is overall dropping as it would’ve probably seen much higher numbers had it been Etrian Odyssey VI, and perhaps for the Nintendo Switch.

When you look at it in comparison to the remakes it looks more in place as a side title.

We should also note that Splatoon 2 just surpassed 2.5 million in total retail sales in Japan.

In hardware sales we saw a big bump for the New Nintendo 2DS LL that sold 9,015 units to top its previous week that sold 5,459 units. This can be attributed to two 3DS titles in the top-3 with Etrian Odyssey X and WarioWare Gold. The PlayStation 4 sold 13,113 units plus an extra 5,889 for the PS4 Pro to combine for 19,002 units sold. The Nintendo Switch was the top-selling hardware of the week with 50,799 units sold, making up about 59.2% of all consoles sold. Going by Media Create’s figures, the Nintendo Switch is currently at 4,753,625 units sold in Japan since its launch in March 3, 2017.