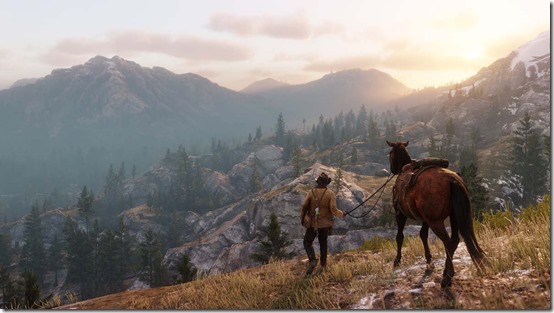 Last week, Japan along with the rest of the world got Red Dead Redemption 2. In Japan they also finally got Street Fighter 30th Anniversary Collection, new Beyblade game, and Yomawari’s Long Night Collection.

Call of Duty: Black Ops IV was bumped to #2 after two weeks on top since its debut, but sold enough with 57,567 units on PS4 to take silver. At #3 Super Mario Party continues its strong sales with 31,650 units sold on Switch.

The next new title is Street Fighter 30th Anniversary Collection International, which is basically the same thing we got in the West except with fixes in Japan after fans complained about the lack of proper Japanese localization. The collection charted at #4 with 13,998 units sold on PS4 and at #6 with 7,443 units sold for Switch to combine for 21,441. Between them we have Minecraft for Switch at #5 with 7,901 units sold.

As for other new titles, Beyblade Burst: Battle Zero launched at #11 with 5,380 units sold for Switch, and Yomawari: The Long Night Collection featuring both Night Alone and Midnight Shadows released its Switch version in Japan which debuted at #17 with 2,997 units sold.

Hardware sales didn’t see any big changes but it did get an overall decline across the boards. The PlayStation 4 sold 9,664 units plus an additional 10,975 from the PS4 Pro models to total 20,639 units for the PS4. The Nintendo Switch was the best-selling console of the week with 37,855 units, which was a bit of a drop from the previous week’s 42,148 but still made up for 57% of all hardware sold. Going by Media Create’s figures, the Nintendo Switch is currently at 5,224,954 units sold in Japan since its launch in March 3, 2017.