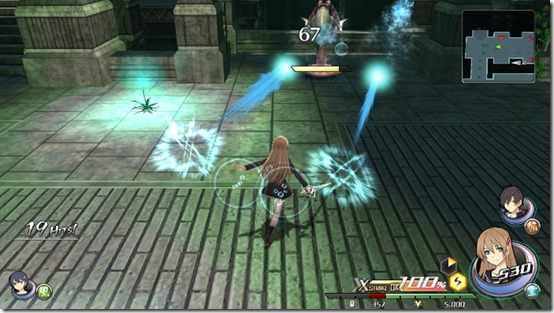 At Aksys’ Anime Expo 2016 panel, the company announced it is localizing Nihon Falcom’s Tokyo Xanadu. The JRPG will be coming to the PlayStation Vita and Windows PCs. While the PC version will be limited to a Steam release, both physical and digital PlayStation Vita copies will be sold.

In Tokyo Xanadu, players follow the adventures of Koh and Asuka. It’s a more modern JRPG from Nihon Falcom, set in Morimiya City, a fictional Tokyo suburb. The two end up investigating the “Other World” every night, using “Soul Device” technology. Like Atlus’ Persona series, you can grow closer to members of your party through Bonding Episodes.

Tokyo Xanadu will be released in North America on the PlayStation Vita and Windows PC in the first half of 2017. Aksys currently has no plans to localize Tokyo Xanadu Ex+, the updated PlayStation 4 version of the game.