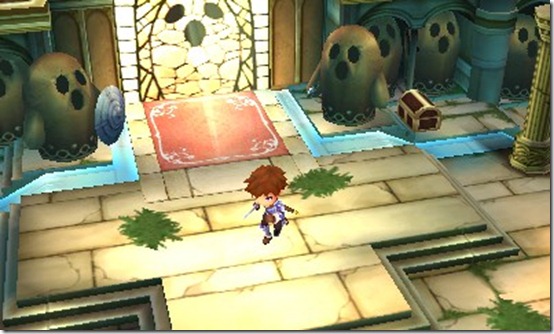 Toshin Toshi thinks it’s pretty funny. It looks like a harem-type game on the surface, what with the lots-of-woman-on-the-front-cover vibe. But since it’s based off the second in the series (which dates back to 1994) it’s far from that.

The story follows Seed, a warrior who’s been training for years but watches as his greatest rival Billnas leave for the Toshin tournament with love-of-Seed’s-life Hazuki. A classic story of betrayal and intrigue, Hazuki thinks if Billnas wins, Seed will marry her. Hazuki’s dad has other plans though, confirming to Seed that the winner of the tournament—who will be lauded as the newest strongest member in the world—will marry Hazuki and gain the dojo they trained in. We’re not having any of that, of course, and Seed sets off to win the tournament himself. 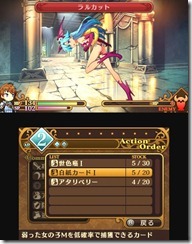 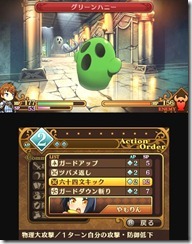 Most of the game will take place as Seed wanders the labyrinth where the tournament is held, hunting monsters, foes and trying to advance his way to the end. Battles, however, are turn-based RPG classics, with some 100 skills to choose from in 1v1 battles to the death. Fights revolve around Action Points, and much like other titles like Record of Agarest War or Bravely Default players can choose to spend their points dealing out massive damage—thereby leaving them defenseless—or hold back a little for the inevitable return fire. 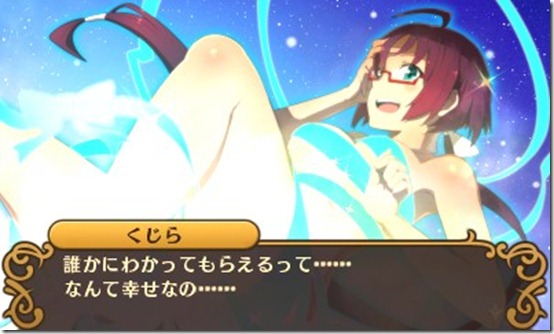 So where do the woman come in then? Turns out to get a new skill, you’ll need to actively woo the women of the world who are partnered with other contestants. Yes, there’s a rule where fighters have to have a woman partnered up with them, and the losers have to let the winners take their gal out for a date. By giving them gifts, you’ll eventually raise their trust and affection towards you, finally unlocking their gift to you—those skills.

Hang on, doesn’t Seed love Hazuki? But he has to actively court other woman? What kind of world… I mean… I just… OK, my brain hurts now.

You can also capture female monsters in the labyrinth while questing about—there will be dozens of different quest options available to take on while leveling up before the next big fight in the tournament. These ladies will turn into cards you can equip and level up separately, which further unlocks more skills. So, erm… maybe it is a harem-game…?

Toshin Toshi is planned for a January 30th release on the Nintendo 3DS.