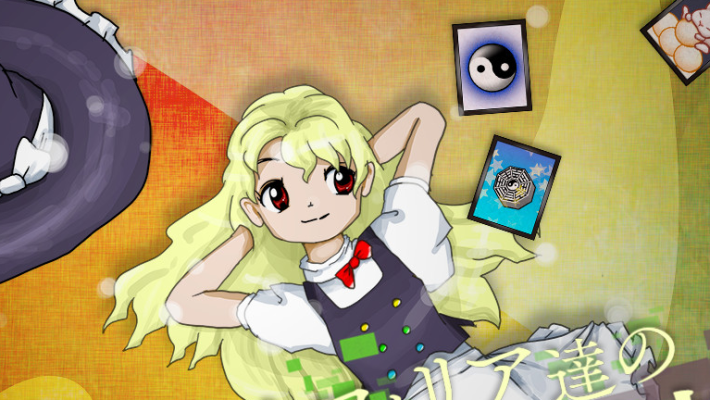 The 18.5th addition to the Touhou Project franchise, Black Market of Bulletphilia ~ 100th Black Market, has a page on the Steam online storefront. However, there is no release date or price tag as of yet. In terms of chronology, 100th Black Market takes place after Unconnected Marketeers and follows Kirisame Marisa on her investigation. [Thanks, 4Gamer!]

According to the Steam page, it will have the same basic system as the previous game in which you collect Ability Cards to fight. There are also a lot of new cards. Under the modified battle system, the game will have a stronger element of randomness and speed to it. Additionally, the Steam page notes that there is no English support for the game.

100th Black Market is a game that ZUN made to commemorate Comiket 100. Those visiting Comiket, which will take place on August 13 and 14, 2022, can actually get the game there. It is unclear if the Steam version will appear around that date or if it will be a while in the future. You can view some of the screenshots from the game on Steam as well. For example, there is a picture of a Cirno card that you can buy for 160 Bullet Money.

Black Market of Bulletphilia ~ 100th Black Market ~ will be the latest entry in the Touhou Project franchise. It will come out on Windows PC sometime in the near future.