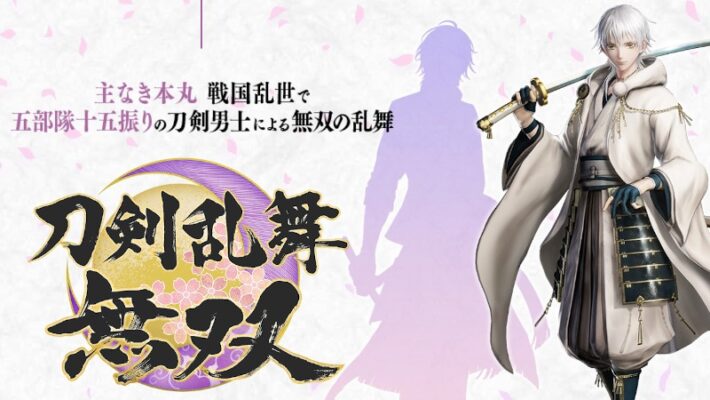 DMM Games and Koei Tecmo have revealed the fourth group of characters set to appear in Touken Ranbu Musou. Tsurumaru Kuninaga will become the leader of this group, where the members are closely related due to having the same owner in history.

Tsurumaru Kuninaga was historically forged during the middle Heian period. The sword changed ownership multiple times until the Date clan eventually kept it in the early 1700s. The clan would later present the sword to Emperor Meiji in 1901, and it is now preserved as an imperial treasure.

Silhouettes of Ookurikara and Shokudaikiri Mitsutada are seen accompanying the fourth group leader on the official site. All three characters are known in the Touken Ranbu fanbase to form the Date Team, as they used to be owned by the Date clan in history. The full group would have also included Taikogane Sadamune. However, he is not present in this group teaser.

Touken Ranbu Musou will feature a total of fifteen playable Swordboys grouped in five teams. The first three groups will be respectively led by Mikazuki Munechika, Kasen Kanesada, and Heshikiri Hasebe. DMM Games and Koei Tecmo will reveal the fifth, and final, group on Wednesday, September 8, 2021.

Touken Ranbu Musou will be available on Nintendo Switch and PC via DMM Game Player.