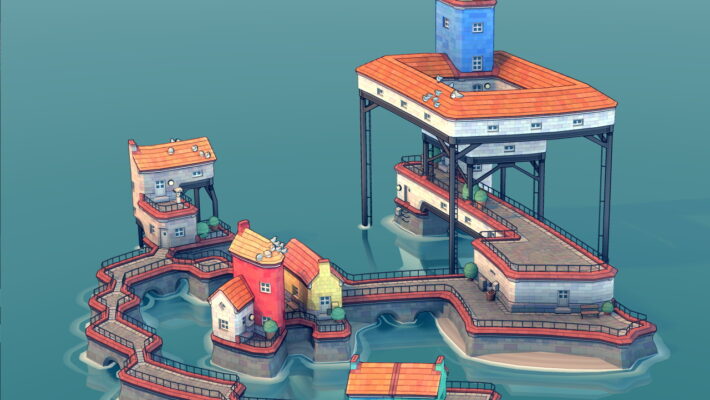 There are certain sorts of zen experiences available on systems. They aren’t games, but rather exist to give people a space to create and enjoy, perhaps in a game-like manner by experimenting and setting challenges for yourself. Townscaper is that on the Nintendo Switch. I like to think of it as, “Well, what if I wanted to build an island city in a game like SimCity, but also not have to worry about money or crime?” It’s a remote sandbox to play in peacefully.

Each session proceeds in a similar fashion. Once you load Townscaper up on the Switch, you’re presented either with a blank slate or vague pictures of past places you’ve built. These places of yours don’t have names, but they’re recognizable by the city planning you might have done. You either tap and hold on the screen to place and undo your architectural masterpieces. Or, you can use the buttons to more precisely place parts. 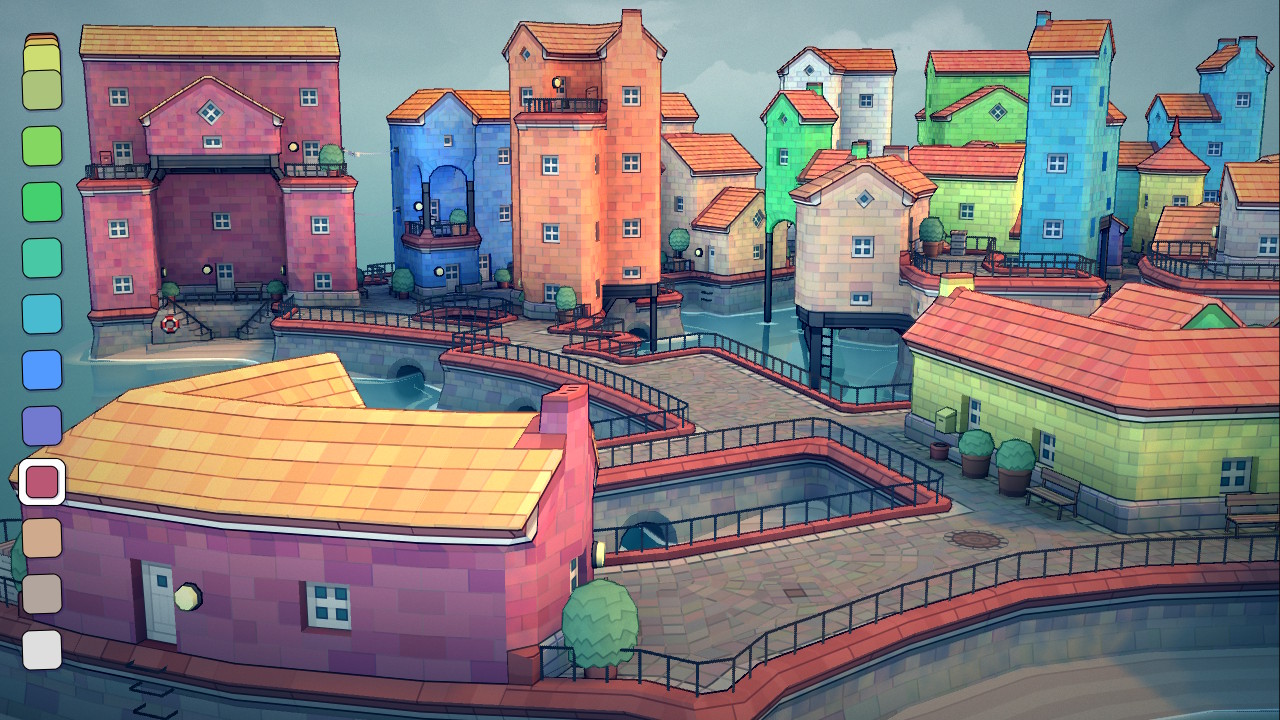 Depending on how you arrange buildings, the world changes. You can see little canals crop up. Trees might show up alongside a building or form a courtyard surrounded by buildings. If the area near the water has enough space to form something of a beach, then you might see staircases or ladders leading down to the water. Buildings can seamlessly connect. It all generates in a pleasing and satisfying way, and the simple controls mean you can quickly backtrack to undo if your decision doesn’t look “right” to you.

I especially loved experimenting with the “erase” button. Taking away can lead to some fascinating roof combinations, and even provide opportunities for decks and flat roofs if you arrange things right. Layering can result in fun platforms. And I especially liked how overhangs looked when I managed to set up certain sorts of entryways. It almost feels like a sort of “lighthouse” is taken into consideration, due to the circular roof and steeple that might pop up. 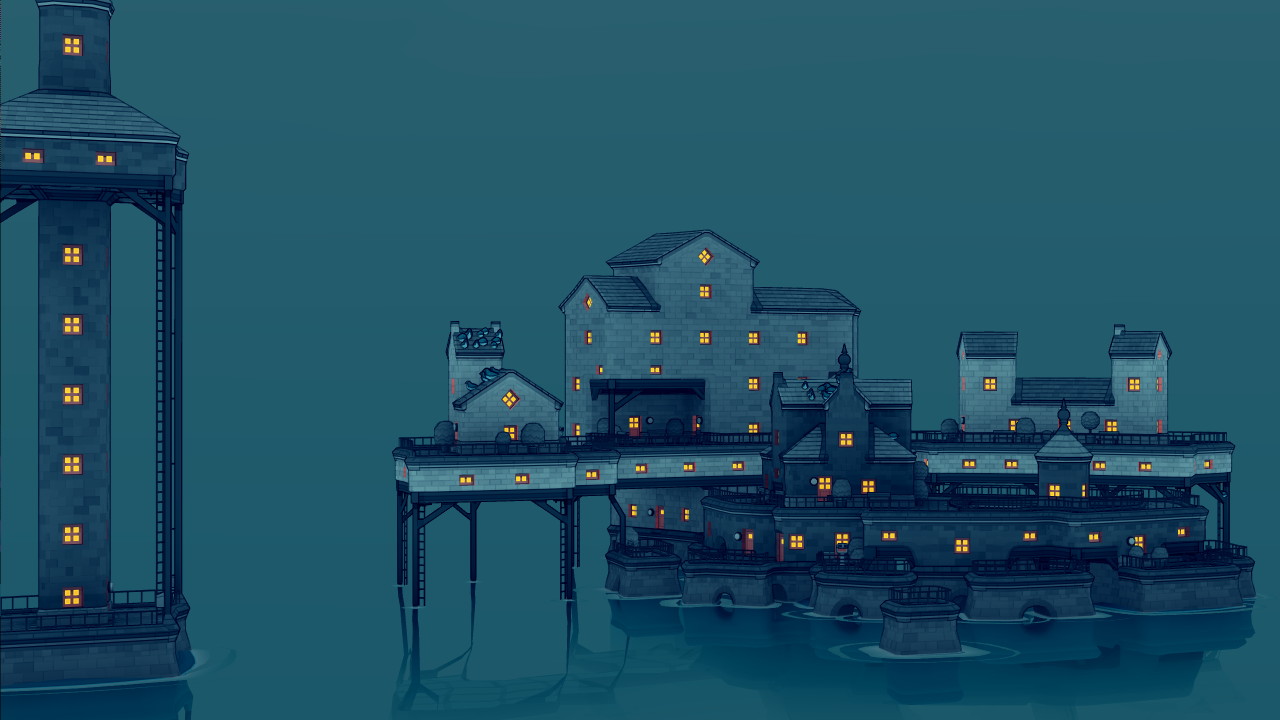 It doesn’t have everything I might have wanted. I would have liked an opportunity to set up designated green spaces in addition to buildings. It also would be nice to see some additional life in these spaces. We have birds that occasionally congregate on the roofs of buildings. But maybe a few boats or an occasional person would be nice. Though by all indications, there are people there. I mean, when you set the time of day to “night,” lights go on inside spaces. I also would have appreciated the ability to determine what kind of grid I would like for the layout, as the one in place eventually adds bends and curves. Also, the in-game screenshot function zooms in a bit without any warning, so you have to experiment to get

But none of these are necessities. And what is here is incredibly serene. While it is generating things as you place them, there’s still a sense of freedom. There is the potential for each city to look different based on your choices, your planning, and your arranging. Your experiments could lead to a more industrial approach, or one that comes across as quaint and humble. In short, Townscaper offers a simple and relaxing sort of joy, and it’s one I greatly appreciated.

Townscaper is available for the Nintendo Switch and PC.