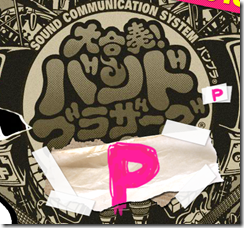 Nintendo has a new Jam With the Band game for Nintendo 3DS and it’s slated for release in Japan this winter.

Band Brothers P has a unique feature that can turn players into a Vocaloid. Players take a photo and use the 3DS’ microphone to record their voice. Then the game uses Yamaha’s Vocaloid synthesizer software and produces a Vocaloid for you.