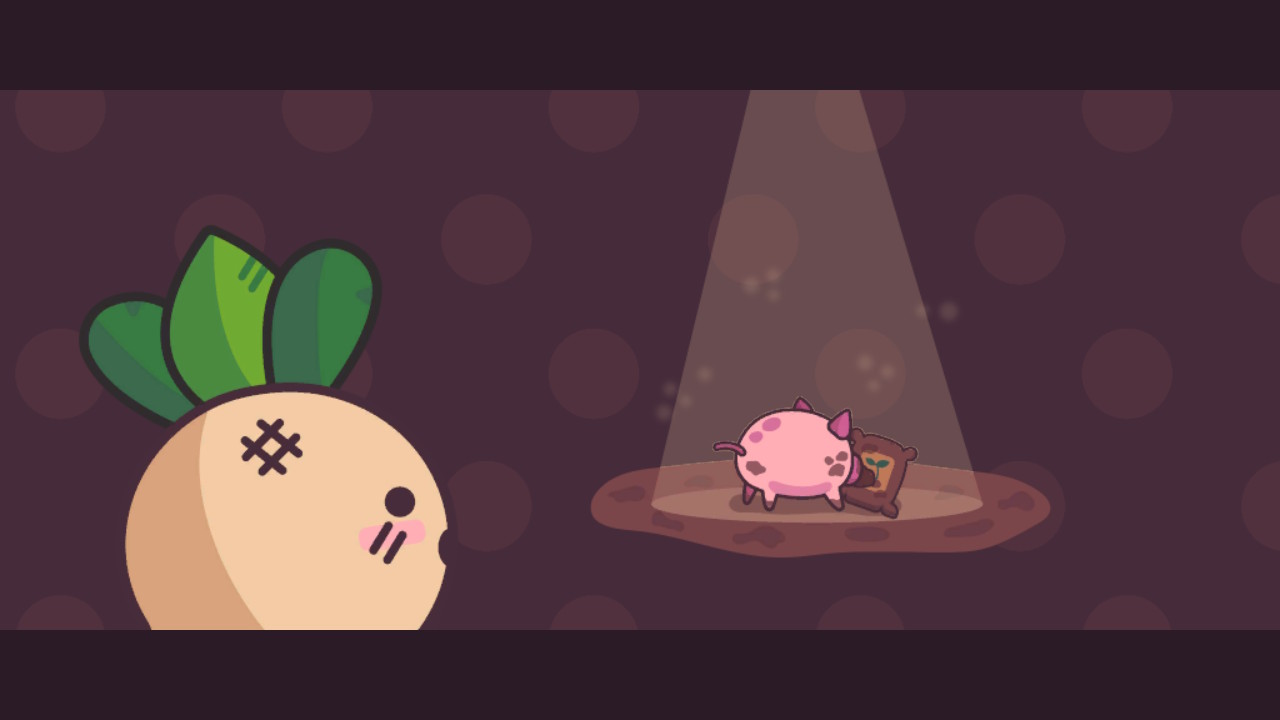 Snoozy Kazoo’s Turnip Boy Commits Tax Evasion makes being ironic fun again. Most of us had that one phase where everything we said was an ironic reference layered on top of a meme combined with a five year old joke. And most of us left that in the past. Not too many forms of media can grasp that feeling without the try-hard edge that comes with being young. Turnip Boy however, does it and it does it perfectly. Everything is a reference or an ironic joke and it’s still so funny.

From a developer with the slogan, “we make really, really dumb video games,” Turnip Boy Commits Tax Evasion is exactly what you’d expect. In a world extremely driven by money and repayments, Turnip Boy has failed to pay his taxes and the Onion Mayor is absolutely determined to get that tax money. How does one go about paying their taxes? By running errands for the Mayor and every other person in the town, of course. 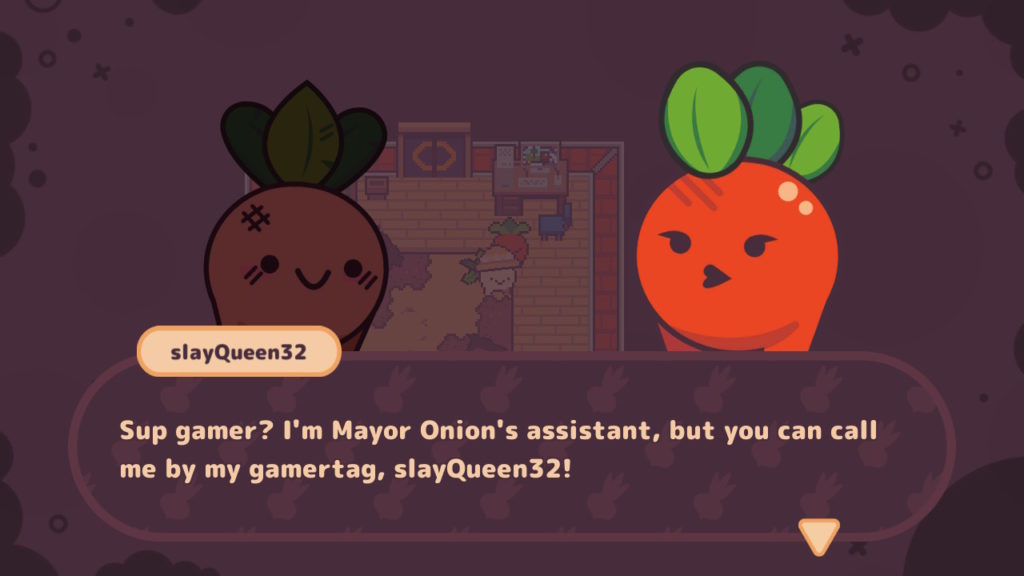 There is an overall narrative to the game, and sidequests never really pile up. Every little quest or errand works together to move you along the main story. There’s no need for a quest log and the only thing the game really tracks for you is the list of possible documents and papers Turnip Boy can and will destroy.

Frankly, the document tearing was an absolute joy. The controlled chaos of a character asking you to deliver a sweet letter only for Turnip Boy to rip it in half right in front them is unmatched. I love being destructive in games, and the fact that destruction is the only option makes it that much better. 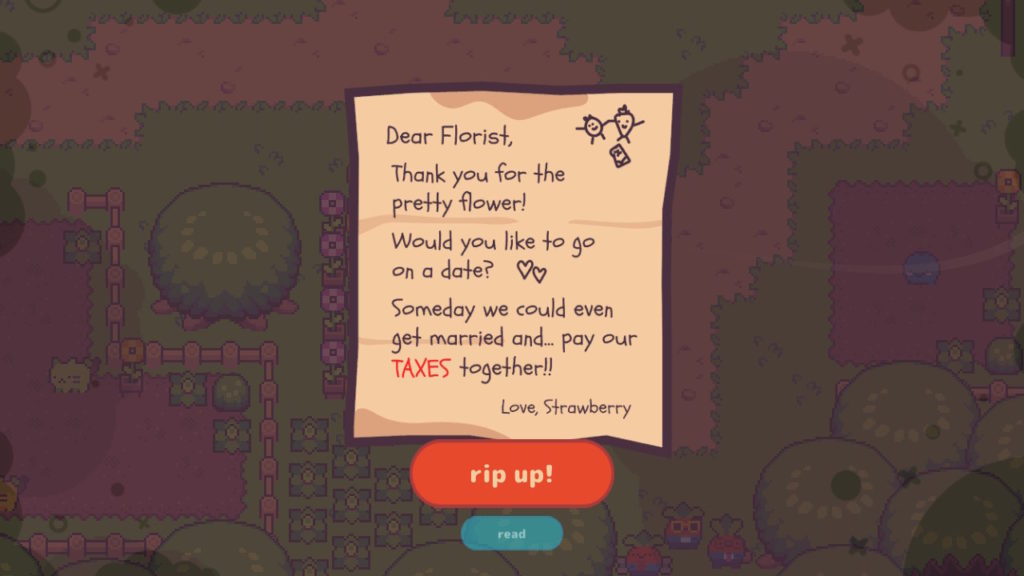 The game is essentially a top-down exploration game with dungeon-crawler elements, and it plays incredibly well. Turnip Boy Commits Tax Evasion maintains its sense of humor even with its boss battles and mechanics. Fight lollipops and giant cats. Kick bombs with bomb shoes after you’ve watered them. The slight puzzle elements you’ll find are easy to solve and make sense. It’s just a good time.

I will say, some boss fights felt a bit difficult with the amount of health available versus the amount of damage dealt. Overall though, the game is easy to understand and figuring out a strategy doesn’t take long even if that strategy is to cheese it. Regardless, you’ll figure it all out without too much stress. The small bits of dialogue are truly where the game shines. 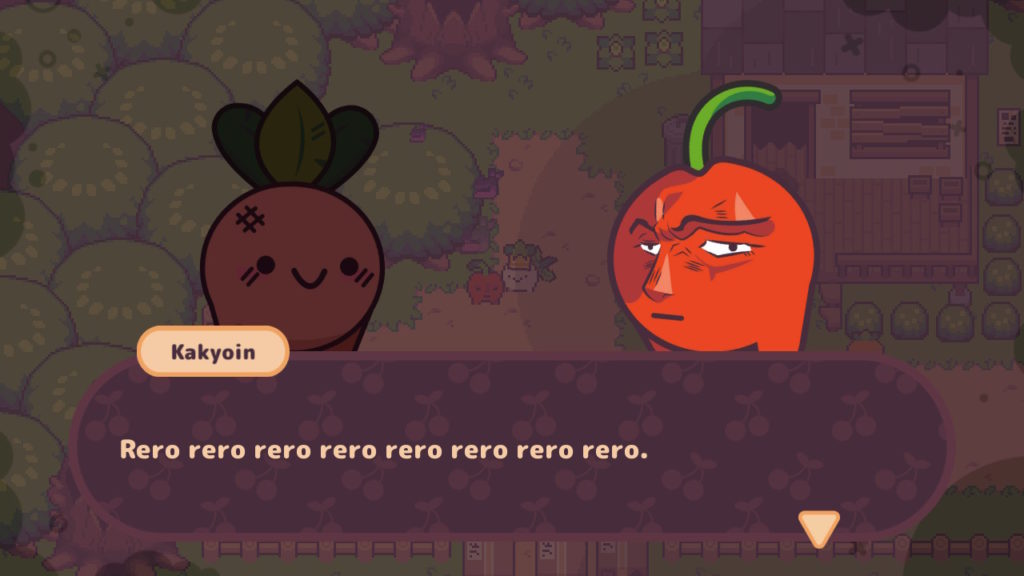 Turnip Boy Commits Tax Evasion is currently available on the Nintendo Switch and PC via Steam.