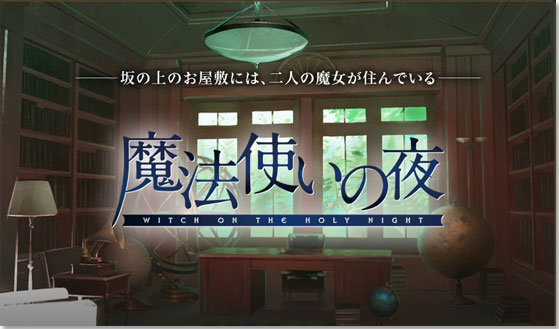 While the next volume of Type-Moon Ace doesn’t release in Japan until tomorrow, T-M have announced a release date for Mahou Tsukai no Yoru, the first chapter of an original story in the Tsukihime universe they’ve created.

The game releases on September 30th this year for 8,000 yen. While the scenario is written, as one would expect, by Type-Moon co-founder Kinoko Nasu — and writer of Fate/stay and Tsukihime — the art is being done by Hirokazu Koyama, who contributed to the event CGs in both those games.

The game features an all-ages rating, and will consist of only a single route with no choices made along the way. The ED for the game will be handled by Supercell, now probably best known for the Bakemonogatari ED. Playtime is estimated to clock in at about 15 hours.