Universal Pictures Digital Platforms Group and Ubisoft are going to work together to create a game based on the TV show Heroes. No other details have been released other than Ubisoft being the publisher. 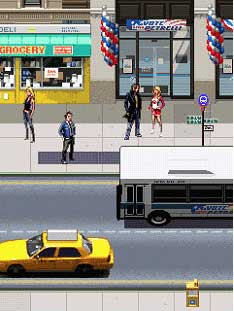 Gameloft who made the Prince of Persia mobile phone games is also working on a Heroes game for cell phones and it’s playable at Comic-Con. Niki, Peter and Claire (pictured) will be in the game.