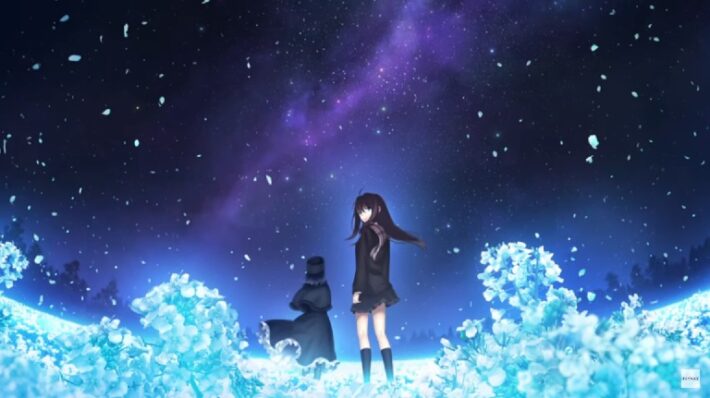 Animation studio ufotable announced that it is working on a movie adaptation of Kinoko Nasu’s Mahoutsukai no Yoru: Witch on the Holy Night. There is also a short teaser of the film, as well as a website. Since the movie is still in development, there is no news on when to expect it in theaters. [Thanks, ryokutya2089!]

Mahoutsukai no Yoru is a visual novel that first came out in 2012. The original novel version of Mahoutsukai no Yoru is the start of the Nasuverse as we know it today. While Takeuchi designed the main protagonists, Hirokazu Koyama would take over as the actual lead artist for the final work. Kinoko Nasu wrote the scenario, which, like other Type-Moon works, focuses on the world of magic and mages.

The short teaser video for Mahoutsukai no Yoru shows the movie designs for Aoko Aozaki and Alice Kuonji. You can watch the video here:

You can keep track of the development through the Mahoutsukai no Yoru’s official Twitter, LINE, Facebook, and website. In the past, ufotable worked on other Type-Moon works such as Fate/stay Night: Unlimited Blade Works, Fate/Zero, and Garden of Sinners. Though not a Nasuverse show, ufotable is also behind the anime version of the juggernaut series Demon Slayer. These shows are available online through streaming services such as Crunchyroll and Netflix.

The movie adaptation of Mahoutsukai no Yoru is in development.