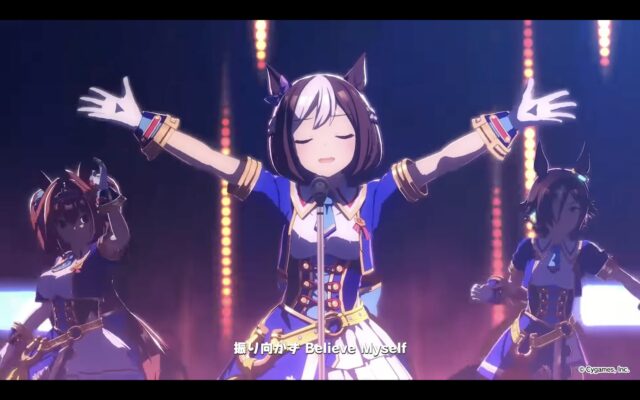 The Uma Musume Cinderella Gray manga hit a milestone of 1.5 million copies of the manga, both physical and digital, being sold. This was announced as volume 4 released on August 18, 2021 in Japan. This volume showcased Sakura Bakushin O on the cover. An additional cover is also available for this issue, instead featuring Oguri Cap. This special cover was used in Young Jump issue #39 and celebrates the sales milestone.

Uma Musume is a Cygames franchise based on race horses, but reborn as girls in a world like our own. When they’re reborn, they retain several horse-like features, including their ears and tails. Additionally, they have the speed and endurance of racehorses as well. After the anime’s release, the franchise found great success, and now consists of video games, anime, and manga series. Uma Musume Cinderella Gray was first began its run on June 11, 2020.

This isn’t the only milestone being celebrated for Uma Musume. In August 2021, Cygames revealed that the video game Uma Musume: Pretty Derby would be receiving a new story, songs, and girls in an upcoming update. The app launched on February 23, 2021, and this update will celebrate the game’s first half-anniversary. The game is only available in Japanese, yet it was the third highest-grossing mobile game worldwide in May.

Uma Musume: Pretty Derby is available in Japanese on mobile devices and Windows PC, as is the Uma Musume Cinderella Gray manga. English localizations have yet to be announced.