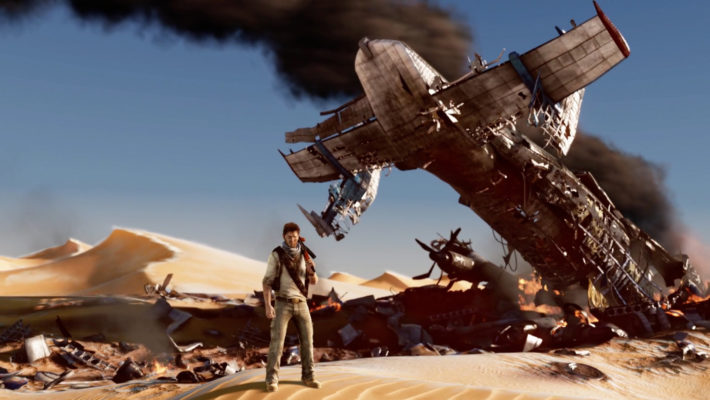 Some video game movies can feel like they are trapped in an eternal limbo. Talks about an Uncharted movie adaptation started all the way back in 2008. It took over ten years, but now the project is finally in motion. Filming has begun for a project that will essentially be a prequel to the series, and Tom “now I’m Nathan Drake” Holland revealed filming has kicked off.

The announcement came via Holland’s Instagram account. He shared a picture of his chair on set with “Nate” in the red Uncharted font. The caption read, “Day one #Uncharted.” Unfortunately, this does mean no early reveal showing how he looks “as” Drake.

The Uncharted movie has gone through a lot over the years. While the current director is Ruben Fleischer, who worked on Zombieland and Venom, plenty of others have been attached. (Dan Trachtenberg, David O. Russell, Seth Gordon, and Shawn Levy were some of the past directors.) It also went through multiple writers. Art Marcum and Matt Holloway, the duo behind Punisher: War Zone and Men in Black: International, wrote the script that’s being used now. But in the past, people like Thomas Dean Donnelly and Joshua Oppenheimer, David O. Russell, Neil Burger, Marianne and Cormac Wibberley, David Guggenheim, and Joe Carnahan were attached as writers.

The Uncharted movie currently has a July 16, 2021 release date. For people who preferred the idea of Nathan Fillion as Drake, there’s always that Allan Unger Uncharted fan film.