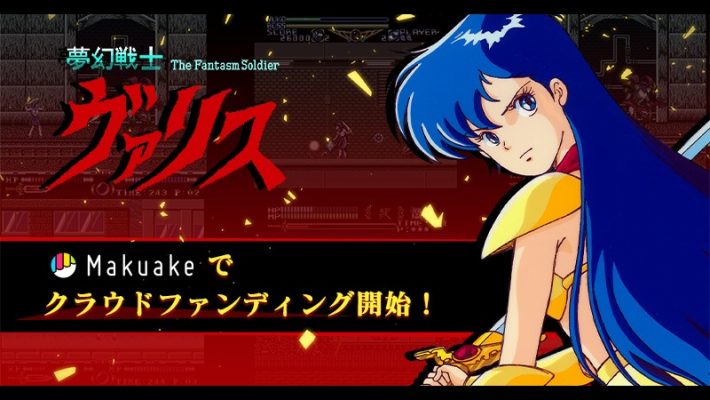 Edia has officially opened a crowdfunding project for bringing the Valis: The Fantasm Soldier series to Nintendo Switch on Makuake. The project will run until July 30, 2021. [Thanks, 4Gamer!]

The Japanese IP owner of the Valis series announced the 35th anniversary revival project in December 2020. Half a year later, in mid-June 2021, it confirmed plans to set up a crowdfunding project to help bring PC Engine versions of Valis: The Fantasm Soldier, Valis II, and Valis III to the Switch.

Edia set 5,000,000 yen as a goal for the project. Additionally, this project uses the All-In method. That means that even if the project fails to reach its goal, Edia will continue working to release the Valis compilation on Switch. The lowest reward tier for the crowdfunding contains a digital code and a message of gratitude available at 4,000 yen.

Higher reward tiers include physical goods like T-shirts, mug cups, and framed artworks. The highest tier at 200,000 yen features an original PC Engine copy for one of the games signed by Sumi Shimamoto, the voice actress for the series protagonist, Yuko Asou. However, Makuake can only deliver these physical rewards within Japan.