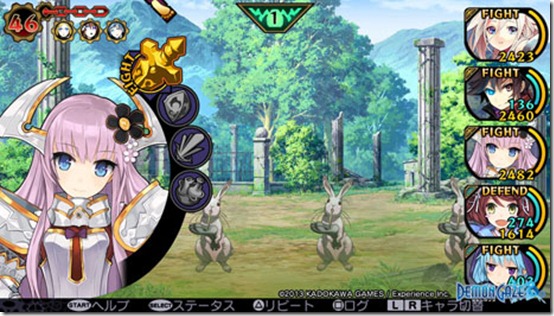 For those of you who crave more dungeon crawling Experience continues to add more content to expand Demon Gaze with new characters and quests.

Up until March 27th, players will be able to recruit some of the game’s shopkeepers to join their party. Fran, the innkeeper and NPCs such Pine and Promes can leave town to hunt half-mecha demons. Additionally, Demon Gaze will have the Vocaloid, IA, as a guest collaboration character. 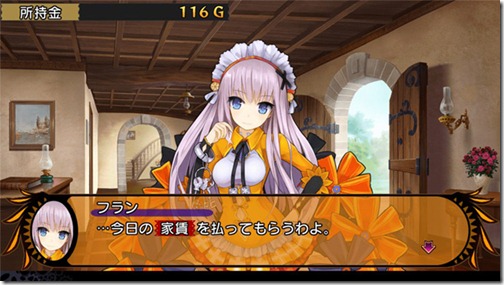 So far, we only know her as the strict inn keeper. Perhaps we could be seeing a different side to her on the battlefield? 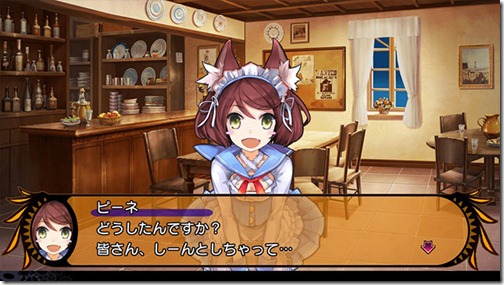 The energetic and young girl who works and lives at the inn with Fran. She’s usually optimistic, but she also has a secret side to her, which she has yet to speak of. 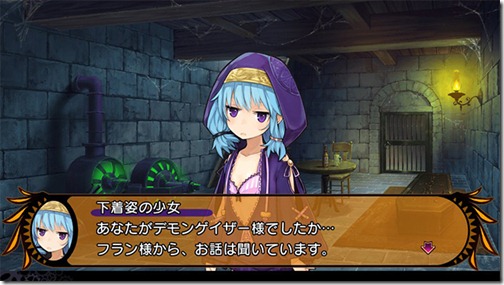 Promes is a mysterious girl who lives in the basement of the inn. She has an odd infatuation with a skull and always appears to be sleepy. 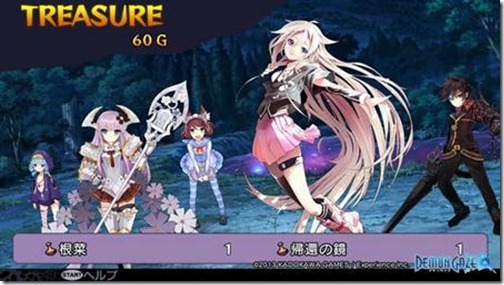 Not much is known about IA’s background, but her appearance will definitely change the mood of the party.

Experience also released a DLC with one of IA’s theme songs, as part of an ongoing campaign to celebrate Demon Gaze’s total sales exceeding  50,000 units sold. The theme and her singing style fits the fantasy world of Demon Gaze, making her a perfect match to the mix.

In addition to the theme song, they’ll also be treating players to a downloadable audio drama, featuring stories of Oz’s first friend, Lancerona, and another one about Promes.