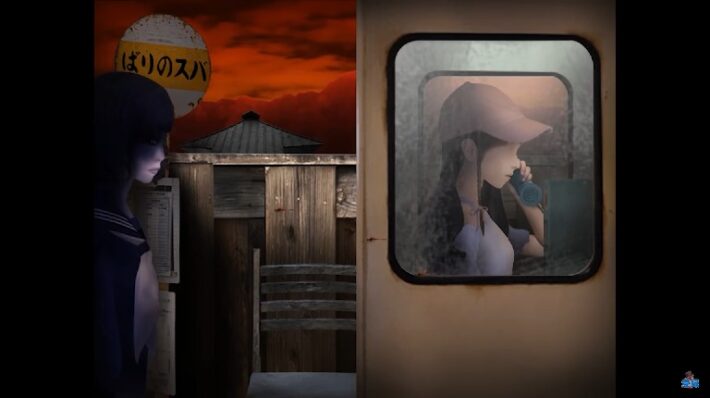 All seven entries, including two original scenarios, in the atmospheric horror game series Tsugunohi will appear on Steam on August 13, 2021. As opposed to games where the player has to explore a creepy environment or run away from a murderous enemy, Tsugunohi’s gameplay focuses on the simple task of moving left on the screen. However, the more you walk, the more horror elements will appear on-screen. [Thanks, Famitsu!]

All nine Tsugunohi games feature the exact same gameplay, but with different scenarios and horrors that the protagonist will face. They mostly involve supernatural horrors invading the mundane. One chapter involves a schoolgirl on the train, but as she walks through the carriages day after day, strange phenomena occurs around her.

Many YouTubers and VTubers posted Let’s Play videos featuring games in the series. Usada Pekora streamed the aforementioned train chapter. Another Hololive member, Inugami Korone, has streamed various games from Tsugunohi, such as the scenario where a little girl walks through an antique toy store.

Similar to GOHOME, which first appeared as an indie PC game and is now available on Nintendo Switch, Tsugunohi, with its very basic game-play, requires little to no understanding of Japanese. However, the Steam version will be in English, Japanese, and Simplified Chinese. The Steam version will also boast improved graphics.

The Tsugunohi package will appear on Steam for Windows PC on August 13, 2021. The series is readily available online as well.