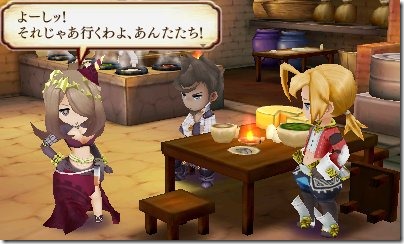 In FuRyu’s upcoming 3DS RPG, The Legend of Legacy, players will have plenty of exploring to do on a legendary island that was left behind by the gods. The game’s latest trailer shows us what it’ll look like to journey on the island.

The above mapping demonstration video shows what it’ll look like once you start the adventures of The Legend of Legacy with a single map.

More maps can be acquired during your adventure or purchased at the shops. The fields consist of all kinds of battles and treasures that are waiting to be discovered. As players walk around, the maps will be drawn out in real-time, which is part of the game’s mapping system.

The Legend of Legacy will release in Japan on January 22, 2015 for Nintendo 3DS.