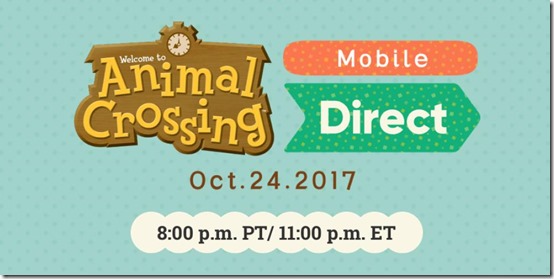 Nintendo’s Animal Crossing Direct, which will be focused on the upcoming mobile game, airs tonight. People will be able to watch the presentation at 8pm PT/10pm CT/11pm ET on October 24, 2017. It will last 15 minutes.

Animal Crossing will be Nintendo’s third mobile game. The first two are Super Mario Run and Fire Emblem Heroes. The game is supposed to be released in 2017, so we should be getting a release date tonight.