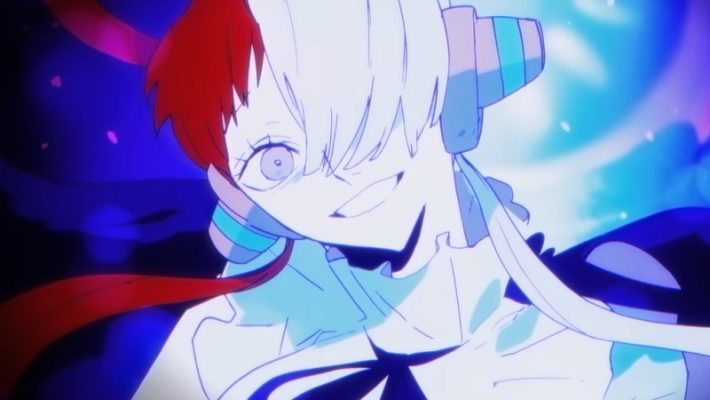 One Piece Film: Red is out in theaters in Japan and France, and is already the most successful film in the franchise. Toei figures there’s still a little space to hype folks up for its musical angle, though. The latest official music video for One Piece Film: Red and Uta premiered on August 17, 2022. In it, vocalist Ado (as Uta) sings the song “Tot Musica”, composed by Hiroyuki Sawano. This makes it the sixth of seven of Uta’s original songs for the film.

Check out Uta singing “Tot Musica” below. In a comment on the song, Sawano said that the song accompanies an important battle scene from the movie. He wanted to express a sense of darkness, mystery, and suspicion to match the aggressive movement. He sought to take advantage of Ado’s “unique energy” and “sharp-edged singing”.

The music video was produced by illustrator WOOMA, who also produced the video for her debut single, “Usseewa“. Ado, as Uta’s singing voice, performs seven songs for One Piece Film: Red, all composed by different artists. Each has its own music video, too. The first six debuted between June 15, 2022, and August 17, 2022. The final video, for “Kaze no Yukue”, is set to debut on August 24, 2022.

The songs performed by Uta in One Piece Film: Red are as follows, with links to their videos on Ado’s channel. English subtitles for the lyrics are available via Closed Captions.

One Piece Film: Red is in theaters in Japan and France. It opens in Taiwan on August 19 and in China on August 21, 2022. Crunchyroll will distribute the film in Fall 2022 in North America, Australia, and New Zealand. Ado’s album for the film is available on online music stores and via Spotify.