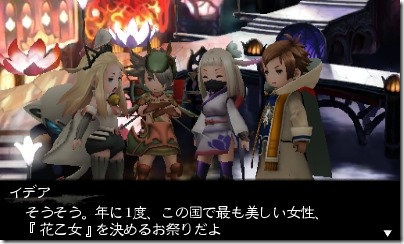 While the game has seen a slower start than Bravely Default, Japanese retail chain Tsutaya say they expect sales to remain strong through Golden Week, which should help offset the slow start to some extent.

As for why Bravely Second has seen a slower start than its predecessor… this is just a personal opinion, but judging by everything we’ve seen thus far, Second doesn’t really seem to do anything new that helps set it apart from Bravely Default. The game appears to be fairly iterative, and while that’s great for folks that liked Default and wanted more, it doesn’t help attract wider audiences.

And with that, the top-20 software sales chart for last week is as follows: