<< How to read and understand sales [Updated!] 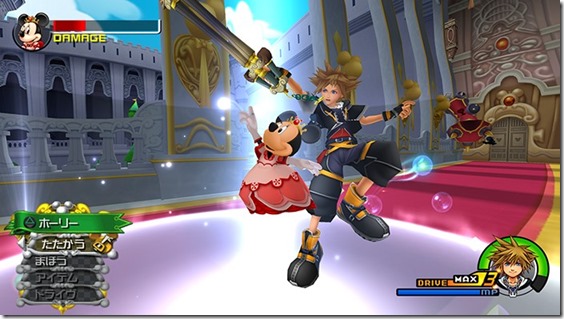 That’s down quite a bit from Kingdom Hearts HD 1.5 Remix, which sold 128,414 copies in its first week back in 2013. Square Enix have hinted that an HD Remaster of Kingdom Hearts 3D might be in the works for future release, and given these sales, one wonders how they’re going to sweeten the pot for fans to dive in again.

Meanwhile, Marvelous released Forbidden Magna, a new IP by the team that created Rune Factory. After the studio went bankrupt, members of Neverland Co. were absorbed into Marvelous, where they finished up work on Forbidden Magna. The game sold just 23,250 copies, and the low sales aren’t very surprising, given that the game looks like it was made on a relatively tight budget and not marketed as prominently as the Rune Factory titles.

Moving along, Compile Heart took a risk by releasing a PlayStation 4 game, Omega Quintet, and it sold just 9,365 copies. Meanwhile, Gust released enhanced versions of Ciel nosurge and Ar nosurge for PlayStation Vita, and both those games sold less than 10,000 copies as well.

The top-20 software sales chart for last week is as follows: