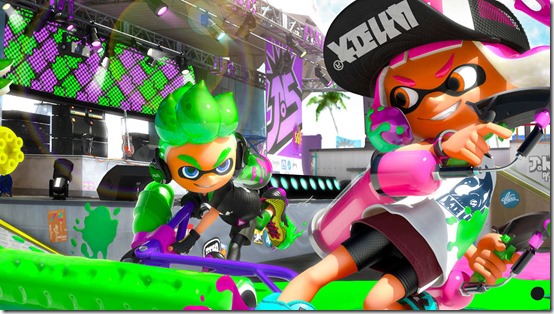 #1 of the week goes to none other than Splatoon 2, which debuted at 648,085 units sold for Nintendo Switch. When the first Splatoon on Wii U released back in May 2015, it sold 144,818 copies in its opening week and made the top-20 chart its home for quite a while. The first game made an impressive debut for a new IP, and the sequel impressed even more by having the best debut of any Switch title in Japan to date.

Next, at #2 we have Layton’s Mystery Journey: Katrielle and the Millionaires’ Conspiracy with 70,867 units sold on its debut. It may not be a six-digit debuts like we’ve seen from the mainline series, but those are pretty good numbers for a spinoff title with a new protagonist.

Sumikko Gurashi: Koko, Doko Nan Desu? charted at #4 with 20,883 units sold, and Fate/Extella made a return with its Switch release debuting at 10,248 copies. French-Bread fighter Under night In-Birth Exe:Late[st] sold only 5,013 units for its debut, but it’s hard to say that it was much of a shock considering that it’s one of the more niche anime fighters even in Japan.

On the hardware front, the Nintendo Switch stood out with 98,999 units sold for Splatoon 2 release week, and that’s the highest we’ve seen the Switch sell since its launch week. Going by Media Create’s numbers, that puts the Switch at 1,195, 985 units sold in Japan to date since its March launch. The PlayStation consoles and Nintendo’s 3DS family on handhelds showed stable numbers again, including the recently released New 2DS LL.