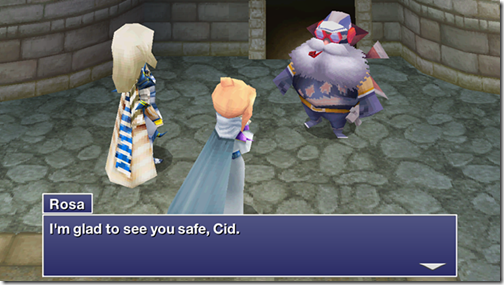 Final Fantasy IV: The After Years looks very similar to past Final Fantasy ports for the DS. Is it built upon the same engine?

Takashi Tokita, Director: Yes, it’s based upon the Final Fantasy IV remake we’ve done in the past, on the DS, though it’s a refined version of that original engine. Also, we reused environments and polygonal models, though there are new characters and locations as well.

Aside from the graphical upgrade, is it a straightforward port of the original smartphone game? Or is there any new, additional content?

It’s the same story, same characters, though instead of being presented in an episodic fashion, it’s all-together in a single package.

You started working on games for the Famicom and Super Famicom, but these days, most of your output is via smartphones. Would you like to eventually return to consoles or are smartphones the platform that you’re more comfortable these days?

Back in 2007, when I was producing The After Years, the idea of making a sequel to Final Fantasy IV was new. But, the fact that we now have Lightning Returns: Final Fantasy XIII illustrates how much has changed. It also shows how much players all love these characters, but more so, enough to make sequels a regular thing.

Square Enix has great success with ports of Final Fantasy games on iOS and Android, plus there appears to be less risk localizing smartphone games as compared to Famicom/Super Famicom games of old. What are the chances of older, more obscure titles of being ported, and therefore getting a Western audience at long last? Like Live A Live for example?

I’ve definitely had some schemes to that extent. It would be ideal if, one day, people all over the world could play these obscure games that are hard to get a hold of. But the problem is, because it’s an older game, we don’t have a base to build to work from, for an iOS version, or Android version. We’d have to have to basically remake the game from scratch, which would cost a large sum of money, and a big budget for that. 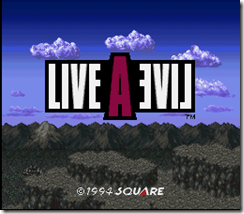 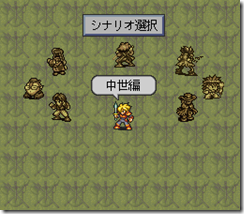 Yes. Because of advances in technology, with everything for PlayStation 1 and beyond, we have the ability to store the data, of all those games and how we made them. But before PlayStation… like Nintendo, Super Nintendo… unfortunately, because we just didn’t have the proper means to store the production and how we made those games, if we were to remake them, we have to reconstruct the whole thing. We simply were not able to preserve the past data.

I’m hoping that soon, there will be some young, ambitious engineers and gamers out there who are willing to be the ones to reconstruct the data themselves.

Wait. So let me get this straight: if some kid from wherever… whether he be from Osaka or Wisconsin… wants to reassemble Live A Live from scratch, for today’s platforms, you’re okay with that?

[laughs] We definitely need to figure out the details, but if anyone is willing to try and do this, I am very open to the possibility!