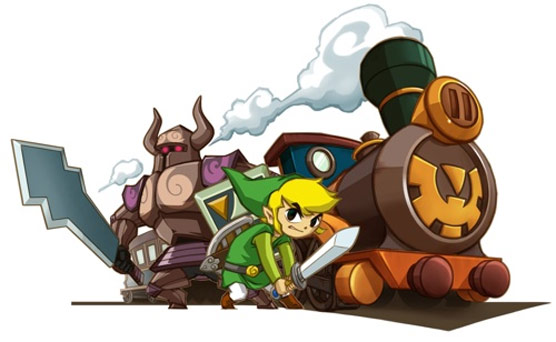 Every now and then, you play a game that’s neither here nor there. It’s not bad by any stretch of the imagination. On the contrary, it’s fun to play, innovative, and constantly surprises you with little experiences that you make you mumble, "Well, how about that?" to yourself with a little smile.

And yet, you can’t bring yourself to appreciate it for what it is, fully, because more than just being a standalone experience meant to be relished, it’s also a brief glimpse into a future where its potential is far more fully realized.

Welcome to my experience with The Legend of Zelda: Spirit Tracks. This isn’t a playtest; more a discussion of why the game is important despite the initial lack of interest in it, and why I feel it’s worth playing even if you’re indifferent to the "portable Celda" aesthetic. 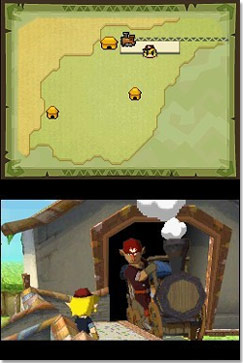 Spirit Tracks is by no means perfect, or even as polished as one would like for it to be. If you’re hoping for that mysterious Zelda-like "charm" that you got from Ocarina of Time and Twilight Princess, you might be a little disappointed. It just isn’t that kind of game. Unlike Twilight Princess, it only takes about 30 or so minutes to –- pardon the pun -– get rolling. The inherent problem, however, is exactly what everyone predicted it would be: the train. Riding the train even midway through the game isn’t much fun, so imagine not even having access to the entire map and your onboard cannon at the start. Furthermore, even once you do have access to your train upgrades, it still won’t go as fast as you would like it to, and having to work your way around the spirit tracks solely to avoid the phantom trains that try to wreck you gets annoying quickly.

The game does everything it possibly can to make getting from Point A to B a tedious process, and it won’t be until about halfway through the game that you open up enough warp points to make it a little less annoying. Also, the flute, while ingenious, is extremely frustrating at a few points in the game. It’s a slower-paced game than I would have liked, outside of its dungeons, frankly.

But that’s not what I want to discuss here. No, what I want to talk about is why Spirit Tracks is possibly the most important Zelda game since Majora’s Mask1. For, regardless of everything it does badly, Spirit Tracks does a hell of a lot right, and a lot of it is new to the franchise, which is something I was personally very surprised to see, given that virtually nothing was known about the game up until a week or so before release.

1. I totally did that on purpose. 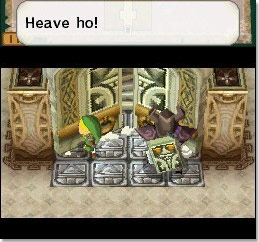 First up is level design, which I feel is superior to every Zelda game before it, with the exception of Twilight Princess. Because it isn’t on a console, the dungeons in Spirit Tracks don’t feel like each individual obstacle is connected to a larger puzzle. Where everything around you just “clicks” into place when you solve the big, over-arching puzzle that runs through the entire environment, like the water temple in Twilight Princess. However, to make up for that, this time, they give you a reason to revisit dungeons by placing out-of-reach items in them, which you can only access after upgrading your gear.

To put it simply, they took a leaf out of the Metroid teams’ book and it was a great idea to borrow because it makes the dungeons worth exploring completely. They also made the puzzles infuriatingly hard — but never unfair — and you’ll probably find yourself pulling your hair out at certain points. On the flip side, however, the satisfaction is that much greater when you do manage to solve a puzzle by yourself.

The general design of the puzzles is like a breath of fresh air, too. Comparing the design to Phantom Hourglass, this time, it really feels like the development team gave it their all while approaching puzzle design. Each one is a genuine surprise. This being Zelda, puzzles, enemies and items are all based completely around each other, as one would expect. To say that the puzzles in Spirit Tracks are downright ingenious in their creativity is also an indication of how well-thought-out the gear and bosses in the game are. Items like the pinwheel boggle the mind when you see how you’re supposed to use them inside and outside of dungeons. It’s the kind of thing that’s never been done before, not just in Zelda, but in any game on the DS.

And to my surprise, a few of the items — including the pinwheel — actually make great use of the DS microphone. For the first time, feels like it was a smart addition to the DS hardware for reasons aside from voice functionality. All of these things add up to make the game feel like someone finally tore down the dam holding back the Zelda team’s creativity.

But the real reason Spirit Tracks shines is an odd one. It’s because it feels like Zelda fan-fiction. Like an awesome fan-made total-conversion mod of Phantom Hourglass, rather than an official sequel. It does things with the characters and the story that you wouldn’t expect EAD to do, and it does them well. 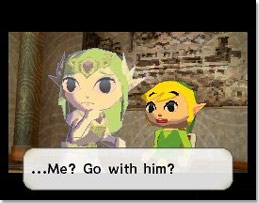 Zelda herself has a personality this time around. She’s outspoken and funny2, and even has a childish side to help balance out her nobility. For once, she’s a real character. This is the first Zelda I’ve felt anything for, since the one in Ocarina of Time. She’s no longer the mysterious benefactor that barely has any direct, hands-on involvement in your quest. The Spirit Tracks team made a very conscious effort to make this one likable, and it worked. She’s adorable.

2. When you’re first informed about your quest, she says something to the effect of, "OK, here’s the plan. You go in and grab the railmap. I’ll wait for you right here. It seems like that’s the tradition for us princesses anyway."

The other aspect I really liked is that she also follows you around wherever you go. Well, that isn’t entirely accurate. To be more precise, she follows you around as a phantom (that you can control) in dungeons, and stands by the train, passing comments, while you’re stationed in a town. A lot of the puzzles are based around cooperating with her as well. These co-op elements are a great addition to the game, and another reason that made me care for her. While I wish she didn’t just disappear into thin air (literally) while you’re walking around towns, I do appreciate her increased presence nevertheless, and dearly hope they allow her to tag along with you in the next console game.

There’s also more of a focus on the overall narrative this time around. Twilight Princess was definitely a good start with the emphasis and development of Midna and the continuation of the "Young Link" timeline, and Spirit Tracks continues this new tradition by not only cementing its place in the "Old Link" timeline, but also making constant references to the games before it. And this time, the subject of character growth is Zelda herself. Again, while the narrative is nothing that compares to, say, Soul Reaver, I love that, finally, after all these years, EAD are making an effort to keep the timeline consistent and give fans what they want.3 It’s nice to see our feedback hasn’t fallen on deaf ears.

3. Come to think of it, Nintendo in general are making an effort to give their fans the things they’ve been vocal about for years now: a grown-up Metroid, a Zelda with more story, a sequel to Mario Galaxy, a follow-up to Hotel Dusk…

And despite all this, Spirit Tracks doesn’t feel like the next big Zelda game, and it kind of pains me to have to admit that. It doesn’t have that ethereal moodiness that a lot of us associate with the franchise. For better or worse, it also distances itself from past tradition. It feels very…un-Nintendo-like…in its execution. Like a half-step to the next "real" big Zelda, which — let’s face it — is the one we’re all really waiting for. And since Spirit Tracks’ innovation comes at the cost of overall polish, one tends to question the philosophy behind its design and its existence, even though we know that, in the long run, its place in the franchise is for the better and will lead to an even better game in the future.

I guess it’s also a little hard to accept the fact that EAD3 are finally ready to change and move on. But if Spirit Tracks is any indication of their willingness to try new things, I really want to to see what comes next. Whatever one might say about this game, for anyone that’s a fan of game-design and its evolution, I think The Legend of Zelda: Sprit Tracks is an interesting display of how new ideas are conceived and refined, and that’s half the reason I’m glad I picked it up. After playing it, it’s easy to see why this team was enlisted to help the main Zelda team out on Zelda Wii.