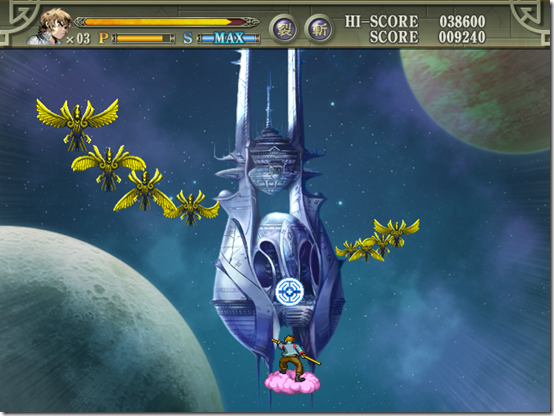 Not much is known about Saint (aka Daisaiou in Japan) other than its a shooter and based on the Monkey King legend. Starfish delayed the game for over half a year, but it’s finally coming out with a little nod to Space Harrier.

Saint has sprite based 3D levels. Very retro, but it looks like these are played light gun style with the remote.

Saint also staple 2D side scrolling action with an interface reminiscent of The Monkey King: The Legend Begins. Starfish developed that game too, which was originally going to be a new entry in the Shin Chuuka Taisen series.

Just like The Monkey King, UFO Interactive is publishing Saint in the states. The title, its twenty plus stages, and twelve weapons is scheduled to come out here in “Q2 2009”. The Japanese version just got dated for a release on August 28. 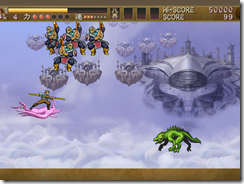 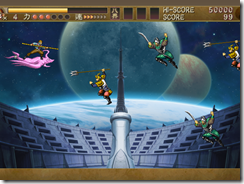 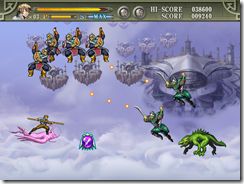 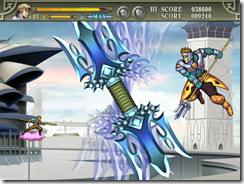