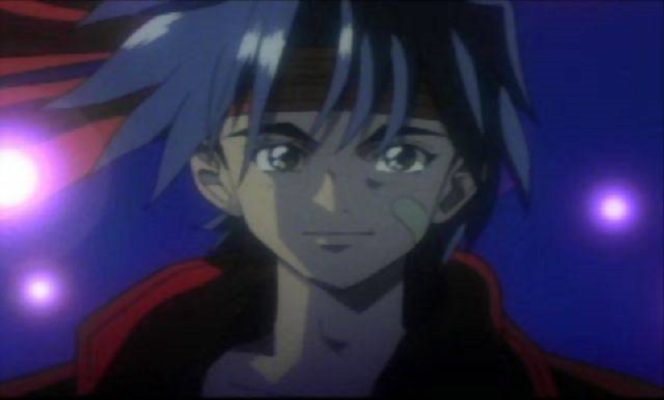 My first experience seeing the original PlayStation in action was when I walked into a dumpy local game shop and they had a system hooked up to some frumpy thirteen-inch tube tv on the counter. There, I saw the shop owner wandering through Midgar in Final Fantasy VII, and witnessed visuals like I could never imagine before.

If you were around at the time, you likely remember a similar feeling – this sense that this was impossible. Games couldn’t look this good. Those backgrounds looked so real to me way back in 1997. It’s a quaint thought coming a few days after the PS5 reveal, but those visuals really made me feel that the future of games was here, and that it looked amazing.

PlayStation promised incredible worlds made more realistic and vibrant than ever before, and while that swept me up in my initial encounter with the system, another game would show me that the system’s true power wasn’t just in its visual, but in its sound.

Wild Arms brought a little Wild West flavor to RPGs, a genre largely focused on Fantasy settings (but not without the occasional foray into horror, like in the STAGGERINGLY good Sweet Home). Offering guns and cowboy hats on top of magic and swords, it was a sharp RPG that didn’t exactly bring sweeping changes to the genre, but rather offered a rock-solid take on turn-based combat, but with a few neat touches. Shooting goblins in the face with a rocket launcher should be something you can do in more games, I tells ya.

It also had a surprisingly touching story, delving into feelings of being an outsider and a desire to belong, as well as fears that maybe we are being ostracized for a good reason. This sense of internalized monstrosity made for some wonderful moments among the cast, and a reminder of how vital friendships can be in reminding us that we are worth loving and caring for, even if we don’t feel that way. Especially if we don’t feel that way. 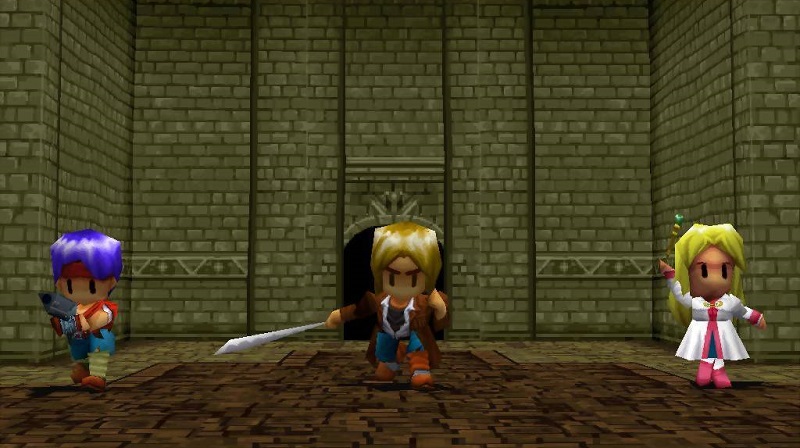 Those heartwarming moments between Rudy, Cecilia, and Jack only stuck with me as much as they had because of Michiko Naruke’s evocative, powerful soundtrack. If Final Fantasy VII showed me the visual power of this system, it was Wild Arms that made me feel the strength of its audio.

If you’ve never played it, do take a moment to watch Wild Arms‘ intro movie and just take in the song “To The End Of The Wilderness.” Even if you have played it, go ahead and watch it again. Although you likely don’t need much prompting to watch this exquisite bit of song and storytelling. I know I said before the FFVII impressed me with its visuals, but this was ANIME in a VIDEO GAME.

It’s that soft, soothing guitar accompanied by a gentle whistling that set the musical tone for the game, capturing its Wild West feel and creating this resonance within me. The increasing sense of adventure and excitement simply dragged me into the game before it had even started, doing so with a sound style I’d never heard in a game before. Those were real instruments being played.

I have a deep love of chiptunes, and have many, many fond memories of the soundtracks of many an NES and SNES RPG, but this was a revelation for me at the time. This movement from the game-y sounds of Final Fantasy VI to highly realistic music had me floored with the possibilities in games at the time. This Western-themed track just promised so much emotional connection, excitement, danger, and adventure that it was impossible to look away.

Naruke’s soundtrack would continually deliver heavy hits that showed this newfound musical power, stirring up many feelings in me that would make the game so memorable. “Courage” has to be one of the greatest dungeon themes of all time, capturing that Wild West feel alongside its unrelenting excitement to be out on an adventure with friends. Pairing that with its solid battle theme, “Critical Hit!” made for some thrilling times spent fighting monsters and solving puzzles with a thrown rat (although I’m not a huge fan of the battle theme, I can admit it pairs well with this great dungeon music). 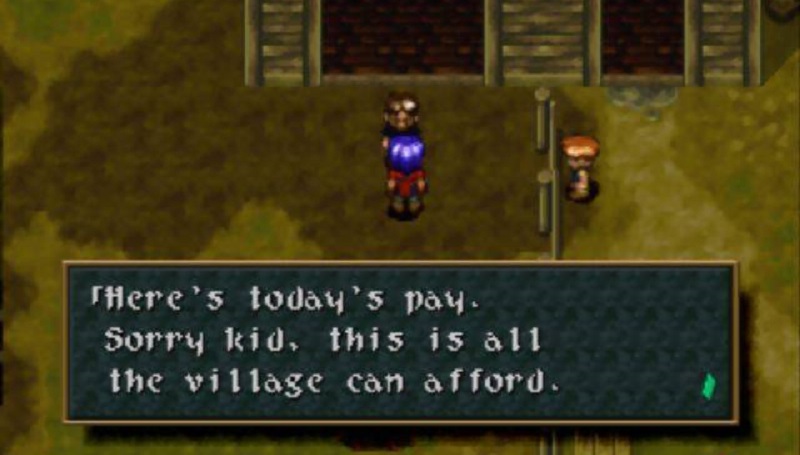 When you’re out for a walk through Wild Arms, there’s a playfulness and, again, that sense of imminent excitement as you meander the world to “Migrant Bird of the Wilderness.” When you hit a town and find the calming sounds of “Marsh Where the Migrant Birds Gather,” it’s hard not to feel right at home with the townsfolk (even when you’re rummaging through their barrels for special apples). The first few strums of the guitar on this song have stuck with me for ages, always bringing back that sense of community.

As I walked through those places, I couldn’t help but remember the mixture of yearning and peacefulness that came with the opening town’s theme, “Hope.” These town and world map tracks were so rich, filled with guitars and bells and trumpets, that they seemed to wrap themselves around you, creating this comforting sensation that you’d come to these places and forgotten the real world behind you.

Wild Arms was just as capable of a sense of deep menace as well. “The Sky is Being Torn Apart” is a pounding song of continual dread as the stakes suddenly raise much higher than you’d previously imagined. If that song wasn’t enough of an indication, having to save townsfolk lives to “World of Loudening Screams” would drive it home as you scrambled to bring as many people back alive as you could (also, permanently dying townsfolk was wild at the time). And you knew, deep down, that trouble was going down when “The Sharp Edge of an Assault” began to play, its erratic and rushed tones sending the heart racing with dread.

And when the boss fight inevitably started, the pealing bells and thundering drums of “Power Fighter” would just leave me quivering before whatever giant monstrosity was standing before me. This track was saved for special bosses, and it just oozes atmosphere, building a fear of whatever creature was now staring you down. It’s usual boss track, “M-BOSS,” was used for its regular boss battles, but it’s only slightly less effective at making the bosses feel like titans towering before you.

Which was especially handy since most of them looked goofy as hell, even back in 1997. I love you Wild Arms, but your 3D visuals have never been all that great. Although they do have some neat designs in there.

Mind you, those boss tracks would pale before Boomerang Flash’s boss music, though. That guy had presence right from the start. Wolf companion? Giant boomerang? Menacing whistling music? I wish he’d gotten some screen time. Could have gone toe to toe with some RPG greats if he had. The sheer presence of these songs made the colossal ninja into a boss I’d never forget.

Naruke wove so much magic into Wild Arms‘ soundtrack – pumping out memorable song after memorable song, each carrying an incredible emotional weight. “Alone in the World” is a deeply sorrowful tune, but there’s a turn within it that hints at a glimmer of hope – the kind of hope heroes need to cling to that they can make this world right again. “A Sorrowful Separation” carries a similar feeling, with Naruke’s work taking us to dark places, but always with this sense that we needed to pick ourselves up and move forward.

When you did move forward, rushing into what seemed to be the game’s conclusion? “Agitation to Destruction” gave the opposing force this alien quality, their plans moving inexorably forward to the beat. And when you finally reach their base, “Knights Quarters” is an exciting dungeon track that keeps egging you on, pushing you to finally face the monstrosities that plague the world. This was just another track in a series of absolutely killer dungeon themes, with “Eulogy of Ruin” and “Holy Mother of Darkness” offering some delightfully surreal tunes as you crawled through futuristic halls and otherworldly places.

Not only was the music incredible, but its sound was like nothing I’d experienced before. The whistling tones of “Ancient Shrine” carried a lovely, haunting beauty. The castanets during “Wh What,” Zed’s playful boss theme? The warm guitar during the game’s intro. It gave the game this incredible feeling of musical depth and a sense of place, with the opener giving you a Fantasy Wild West setting through music alone. You could imagine this space before you even saw it, purely through the work Naruke put into Wild Arms‘ sound.

It’s difficult to write about this soundtrack without devolving into a list of every single track and why it’s good and effective at creating this wondrous imagined world in the player’s head. So many of its tracks resonate with me all these years later, reminding me just how important music is to an RPG, or really any game. Especially in these early days, the music is what made these games into so much more than their visuals were capable of. The music gave events a grand scale that tiny sprites and clumsy polygons shaped like tiny people just couldn’t pull off. Even as the PlayStation gave us incredible visual power at the time, it’s the CD-quality music it allowed for that made for so many treasured RPG memories and places.

When the final notes of “The Earth Gals Did Their Best, huh” hit, and I suddenly realized I was never going to see these characters again, I felt that strong connection to the game and the people within it. It’s that feeling you get when you really connect with a work’s characters – that feeling that you never want your time with them to end. Wild Arms hit me hard with it, in ways I would only feel in games like Chrono Trigger and Persona 4, doing so with a track that felt like the most tearful of goodbyes.

Naruke’s work with the original Wild Arms created a monumental soundtrack that built the world of Filgaia as much, if not moreso, than any bit of text or visuals. It’s what made the trying moments between characters stick with me for these years, what made Rudy’s story as touching as it was, and what helped birth a new land for us to find adventure in.

This was the power of the PlayStation when it came out. Its visuals took my breath away back in 1997, but it’s the musical possibilities that would let artists like Naruke continue to impress and affect my heart all the way in 2020. 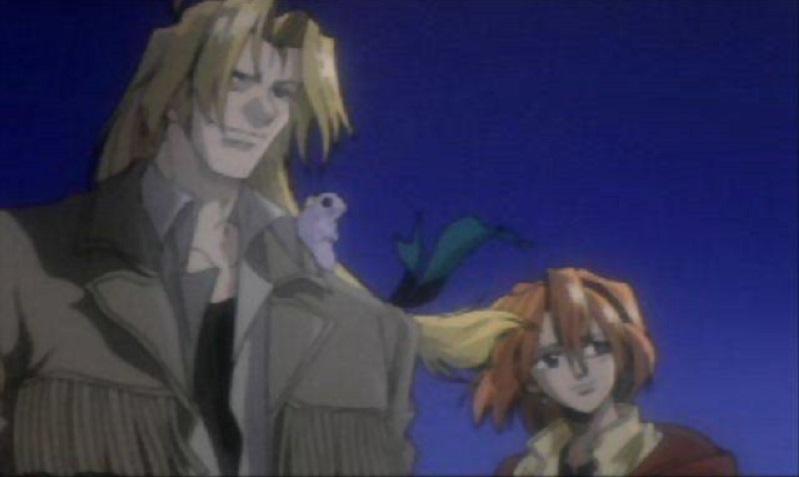 Wild Arms is available on the PS3, PS Vita, and PSP through the PlayStation Store.