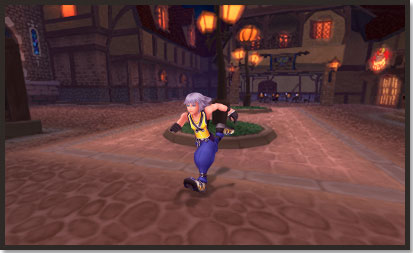 Last we heard from Tetsuya Nomura, he gave us an idea of what to expect at Square Enix’s booth at the Tokyo Game Show next month. To recap: Versus and Agito XIII, Re:Coded and The 3rd Birthday.

“Weather sure is nice. Good morning! Last night I talked with Taba-chan about various things. 3rd Birthday of course as well as about Agito. The staff that played Re:Coded are excited and the anticipation for 3rd Birthday is growing too. It seems the trailer for the other title occuring with Re:Coded is catching a lot of attention.”

“Other” title? Is Nomura perhaps referring to the unannounced game he mentioned in his previous set of tweets, or is he talking about Kingdom Hearts 3D? Or perhaps he’s just referring to The 3rd Birthday, whose trailer will be present alongside Re:Coded’s.