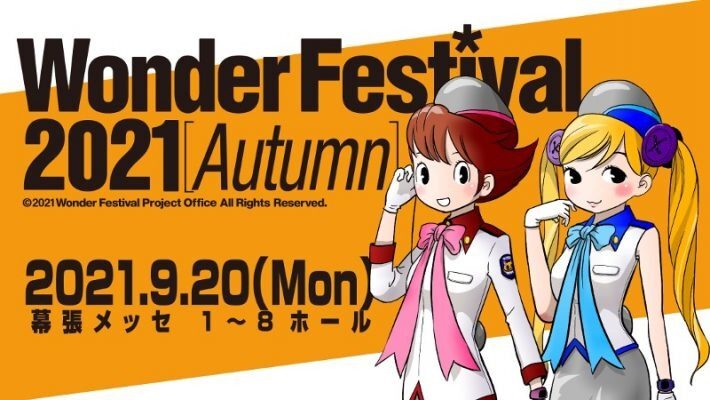 Originally scheduled to take place on September 20, 2021,Wonder Festival 2021 has been canceled due to concerns surrounding COVID-19. An official press release, which circulated through Twitter, revealed the reasons for the cancelation. Additionally, it revealed the possibility of an online event that will instead take the place of the physical event. [Thanks, Famitsu!]

As mentioned previously, Wonder Festival 2021 was originally intended to be held on September 20, 2021. The date was announced in July 2021, with The Wonder Festival Project Office stating that it would enact measures to prevent COVID-19 from spreading. This included physically selling tickets and removing early entry queues. However, with Japan declaring a state of emergency, the event organizers have chosen to fully cancel the in-person event. Consumers can currently ask for refunds for the tickets they have already purchased.

Additionally, there are plans to potentially hold the event online. The Wonder Festival Project Office hopes that this will allow the products that would have been revealed at the physical events to appear in some capacity. However, there is currently no indication that online sales of the products will be available through a potential digital event.

Wonder Festival 2021 was originally planned for September 20, 2021, but it is now canceled.