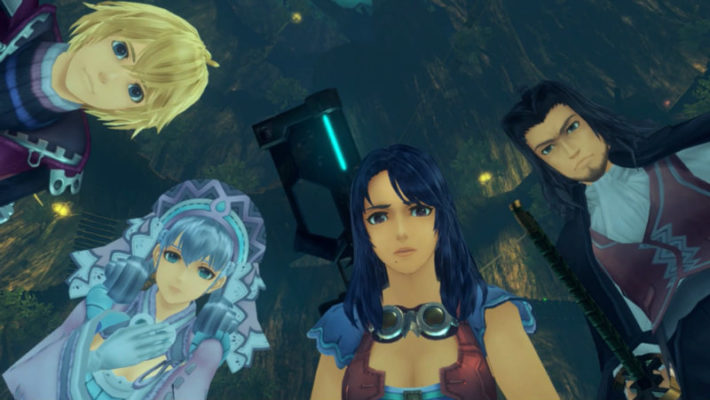 When it first launched, Xenoblade Chronicles was a part of a trio of Wii RPGs that, quite honestly, seemed like they might not be localized. It, The Last Story, and Pandora’s Tower showed up at the end of an era, but managed to be released worldwide to varying degrees of acclaim. Xenoblade Chronicles went on to receive both widespread acclaim and multiple ports. Now that it is being rereleased for the second time, people are getting a version that helps customize the original campaign’s experience a bit more.

A big part of Xenoblade Chronicles: Definitive Edition’s charm is making the game more accessible. This is a great game. It was when it first launched in 2010, and it still is 10 years later. But it is also a game that includes a lot of systems to consider and elements to learn if someone is accustomed to more traditional turn-based or action-RPGs. Like go off the beaten path outside of Colony 9, the first town, and you will run into level 30 or level 70 monsters when your party members are in the single digits. This update takes that into account in many ways. 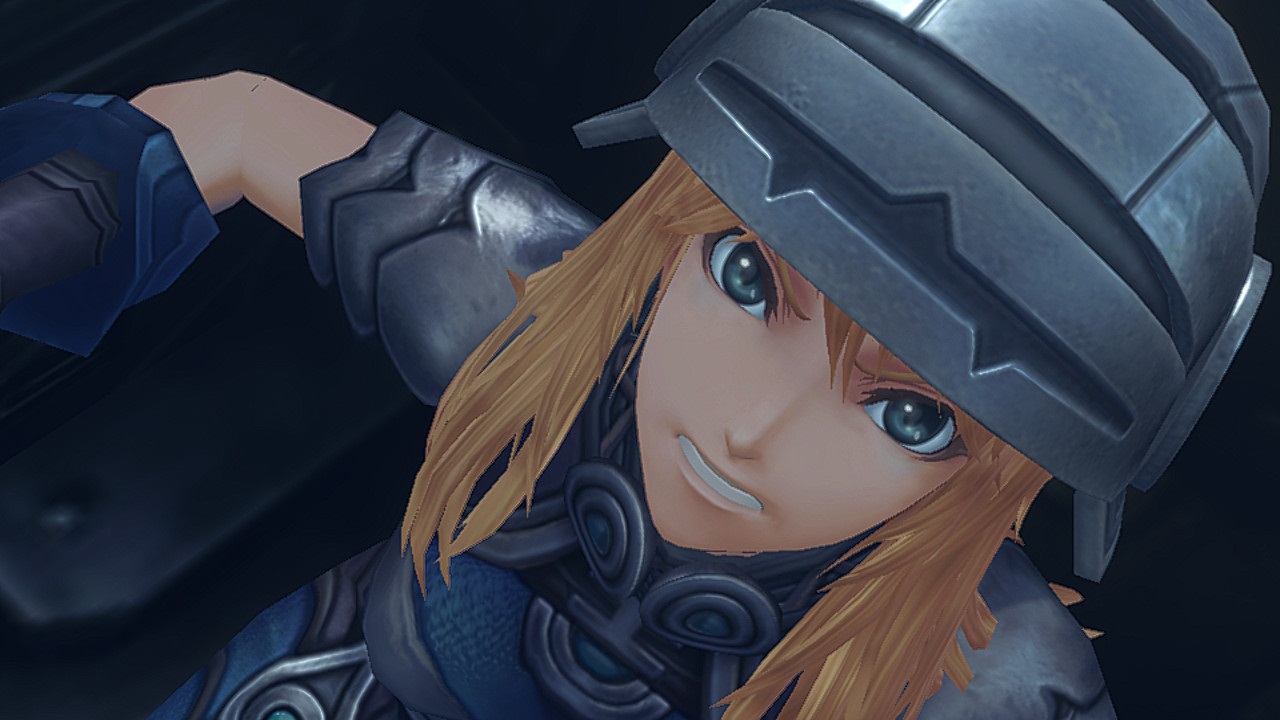 The first is with a Casual Mode. This is one that adjusts the combat system so it is a little bit easier for people and it can be turned on or off at any time in the options menu. It’s not a huge commitment, but it is there if someone is just learning how aggression works or working out how to Break and Topple an enemy. (Of course, those also are color coded and noted, but it is handy if someone wants to work out timing.) Not to mention this pairs well with the tutorials, which are helpful and come up as needed. It’s helpful for people starting out. It’s good if you’re tidying up some sidequests in an area to fill out your relationship map and want to reduce the grind time so you can get back to the major objectives. It is a pleasant option. (As is being able to review the story, since there is a lot to digest.)

What’s nice is that even though this is making things easier so people can learn, it also lets people start experimenting with other elements that let you tailor your experience. This also can be paired with the new Expert Mode, which lets you adjust characters’ levels and hold experience not earned from battles (say from finding a landmark) and apply it separately. So you could increase and decrease levels, with a reserve where the extra experience is stored. You can influence your own difficulty and adjust it as needed as you grow, learn, or encounter certain foes. 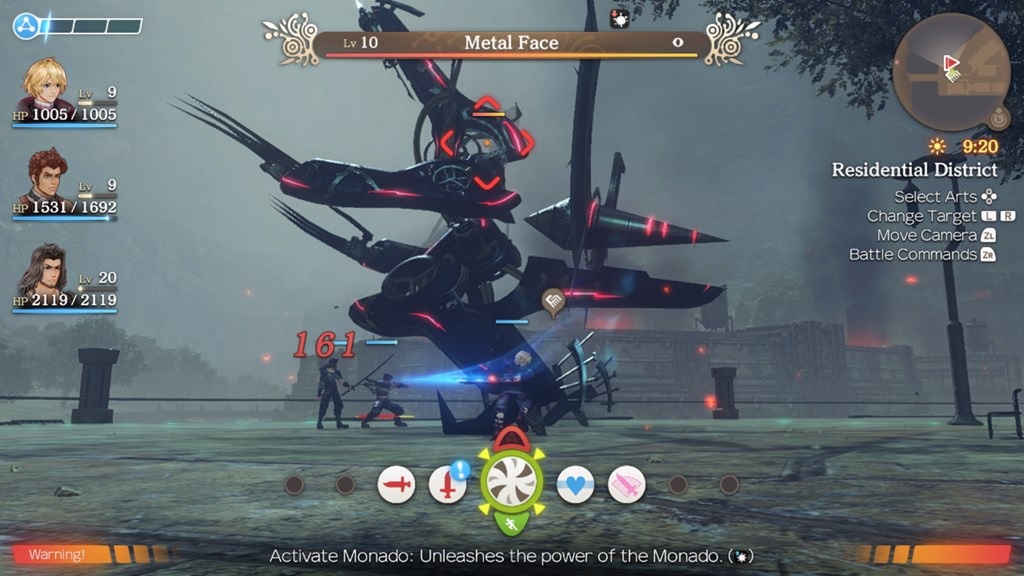 Honestly, both of these go well with the other quality of life adjustments. Things are clearer and easier to see in Xenoblade Chronicles: Definitive Edition, and that isn’t just because of new character models and updates to make things look prettier. The UI feels less invasive while making it easier to see what matters. If you have multiple quests, it feels so much easier to see exactly what you might need or where you should go. It’s explicit in a way that doesn’t sacrifice the overall aesthetic, and I very much appreciated it after Xenoblade Chronicles 2 left me sometimes feeling lost before all the patches.

The soundtrack options are lovely too, since both the original and remastered songs are all available. As you would expect from a game that is already letting you choose if you want to rewatch and catch up on the story, how difficult the battles are, and how experience is allocated, you can adjust the sound (and language) at any time too. The battle and field music options are even independent of one another, so you could go with the original field songs and arranged battle tracks or any other combination. 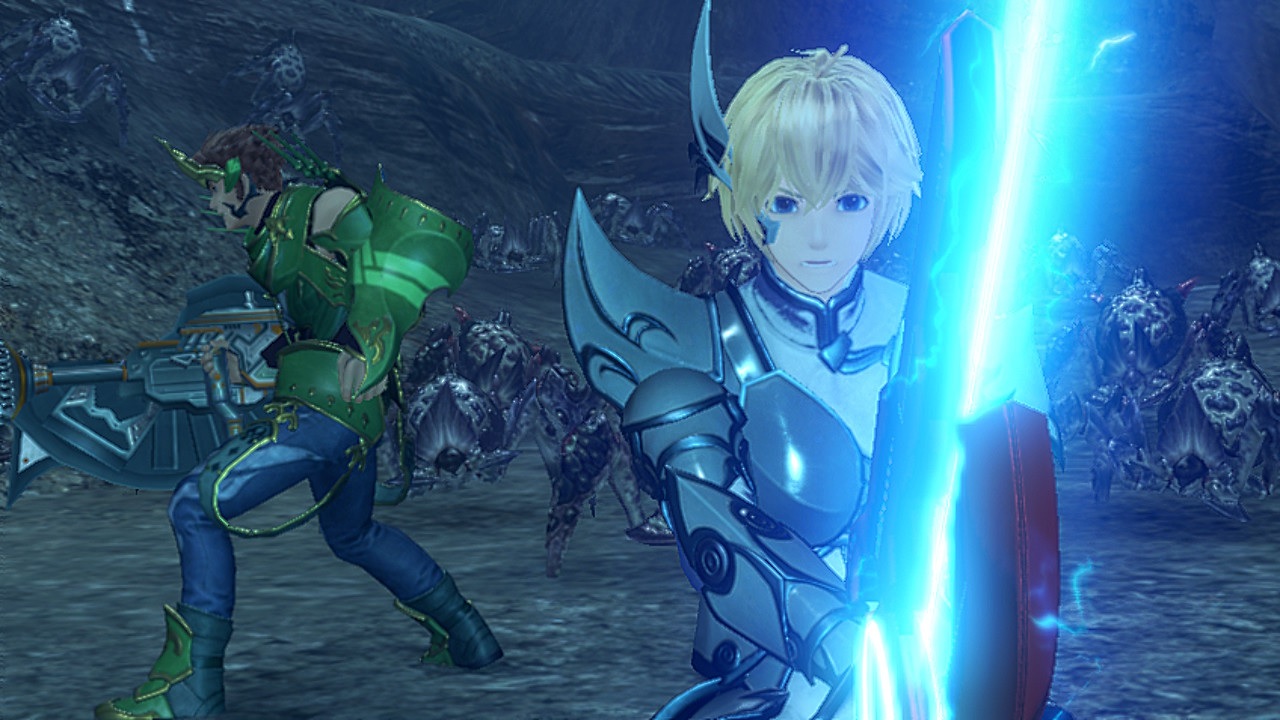 Sometimes, it feels like the only thing Xenoblade Chronicles: Definitive Edition doesn’t let you do for the main campaign is go back to the original character models’ designs. Which, while I do love the new looks, have their own atmosphere that is very striking and unique. But then, the new costumes and cosmetic options do let you play around with people’s looks right away. Which is especially nice, since you can start getting different armor options from the very start that look good, even if they aren’t effective.

It comes down to feeling like this version of Xenoblade Chronicles: Definitive Edition is about having the most accommodating and comfortable iteration of the main campaign. It looks good and fits quite well on the Switch. It’s clearer and easier to understand, thanks to tutorials, the new UI, how easy it is to see your goals, and an option to turn on Casual if you’re learning or want to speed up the grind. It lets you personalize things, with lots of cosmetic options, different soundtracks, and an Expert mode for challenging yourself. Even before someone heads into the entirely new Future Connected epilogue, there are ways to try and make the familiar story feel fresh again.

Xenoblade Chronicles: Definitive Edition is available for the Nintendo Switch.