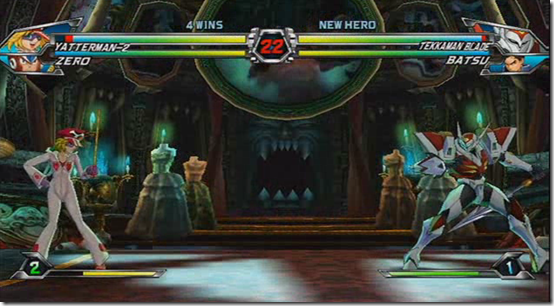 Capcom officially announced another (previously leaked) Tatsunoko vs. Capcom: Ultimate All-Stars character. Yatterman No. 2 is on the roster.

The reveal was shown in Gamespot’s On the Spot show and was probably the announcement the game’s producer was hinting at. Yatterman No. 2 also balances the Tatsunoko and Capcom sides. Will Capcom surprise us with two more playable characters or is Yatterman No. 2 it?

Special thanks to Denpa no Sekai for pointing this out!