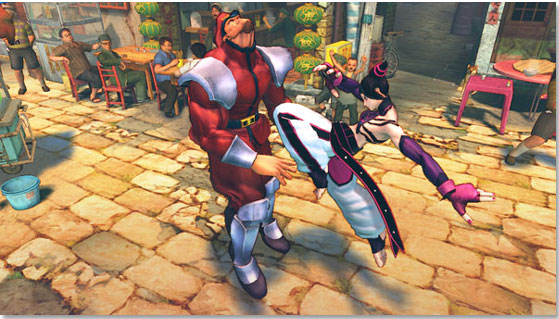 While Capcom Europe’s Twitter teasing may have dealt with an existing game, we wouldn’t suggest feeling let down just yet, for those of you that were hoping for a new announcement — Street Fighter IV producer, Yoshinori Ono, may yet deliver the goods.

In light of recent tweets, we know now that Ono’s own Twitter teases are to do with a different announcement entirely. Multiple announcements, perhaps. In his latest round of tweets, Ono begins by touching upon his San Diego Comic-Con plans. While Marvel vs. Capcom 3 is a shoo-in for the convention, Super Street Fighter IV is going to have a major presence at the event as well.

“I am going to be at Comic-Con in San Diego on Saturday 24th of July!” Ono reveals in one tweet. He goes on: “There will be a SSFIV Panel Discussion with me between 12:00 – 13:00 so make sure to come and see me if you are around.”

A Super Street Fighter IV panel? Curious. But Ono didn’t stop there. In another tweet, he teases us with the prospect of a secret project once again: “I finally hope to reveal a bit about what I’ve been relentlessly working on lately. But there is Evo2010 first…and I haven’t packed yet!”

So, to recap: Ono’s going to be heading to EVO 2010, then talking Super Street Fighter IV at Comic-Con. And after all this, he still has a major announcement to make about a project he’s working on. Exciting times!