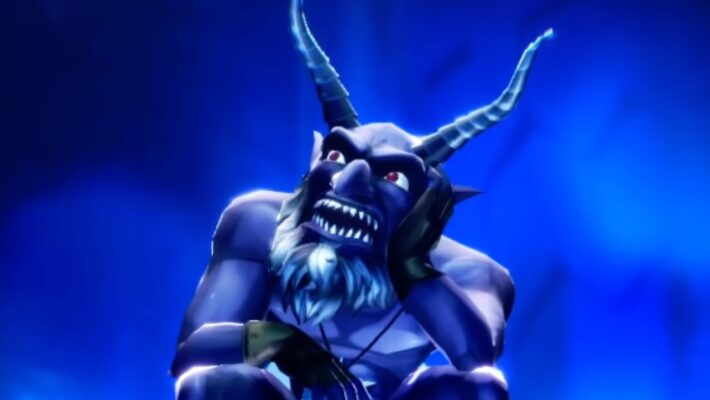 Atlus shared two more Shin Megami Tensei V demon trailers in Japan. This time, there’s one character immediately recognizable by his toilet. Meanwhile, the other is someone people would see after befriending Kou or Daisuke in Persona 4 or Caroline and Justine in Persona 5. The latest SMT V videos look at Zaou-Gongen and Belphegor.

First up is the SMT V trailer for Zaou-Gongen. People might know this demon best as the final Strength Persona. As befitting a character known for its power, it uses high level magic abilities like Megidolaon+3 and Maragidyne+4.

As for Belphegor, this demon is known for being tied to the sin of Sloth. And sitting on a toilet in his appearances. Which doesn’t change for SMT V, as Belphegor is still on the throne. The notable skills he uses, in order, are Marakukaja+1, Mabufula+4, and Mudoon+4.

Eventually, all 214 demons in SMT V will have their own moment in a featured trailer. In the meantime, here are the 20 videos that showed up before the ones for Zaou-Gongen and Belphegor.