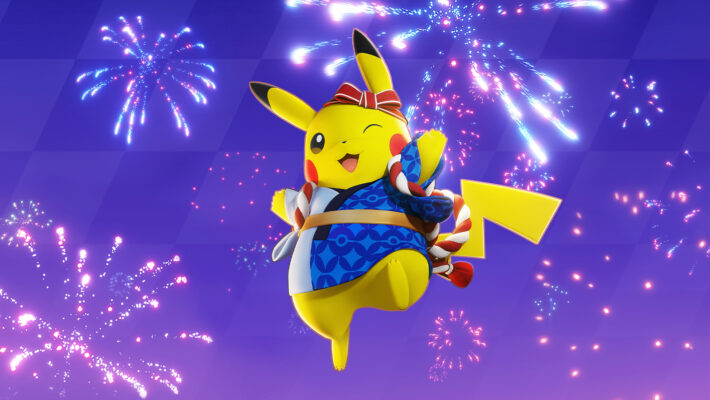 The first Pokemon Unite mobile pre-registration goal’s been hit, which means 1,000 Aeos Tickets will go out to everyone. Over one million people pre-registered for the MOBA so far. To claim this, and potentially the other rewards, people will have to play the mobile version’s log-in event.

There's still time to pre-register and unlock additional rewards! Read up on the details➡️https://t.co/GwGWwDv5Yn pic.twitter.com/qsFVpCF2U7

In Pokemon Unite, people use Aeos Tickets at the Aeos Emporium to purchase Fashion, Held Items, and Item Enhancers for Held Items. A Held Item costs 625 Aeos Tickets in the shop, for example. Meanwhile, 1,000 Aeos Tickets could be used to buy the Trainer Unite Set you didn’t pick when starting the game. If someone wanted to buy, say, a jacket in-game, it would be 1,225 Aeos Tickets.

As for Switch owners potentially getting the 1,000 free Pokemon Unite Aeos Tickets, this might be a situation where linking accounts and playing the mobile version will result in the reward being doled out. People can head to Account Settings under Settings to link the Switch game data to a Nintendo or Pokemon Trainer Club account. When you start playing Pokemon Unite on an Android or Apple device for the first time, you can start with linked save data. This is how people will be able to use Zeraora in the mobile versions.