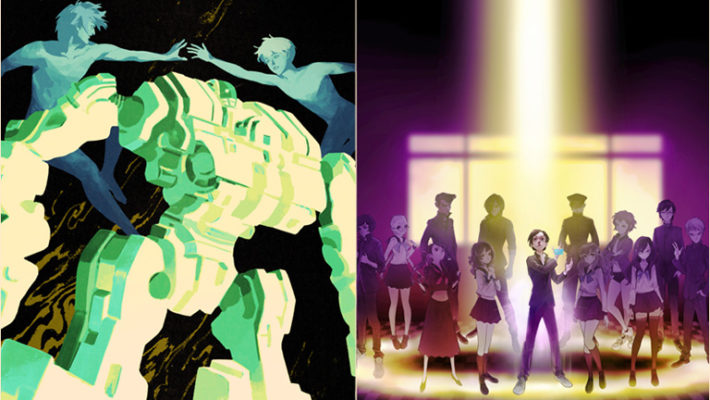 Coinciding with the game’s worldwide release, a 13 Sentinels art exhibit is now open to view on the internet. The exhibit highlights both original art and concept art from the game’s developer, Vanillaware. ATLUS West’s official twitter posted the news recently announcing the online-only event, hosted by Gallery Nucleus.

We are proud to present an online-only exhibit of Vanillaware’s concept art and original art from talented artists. You can also get posters exclusive to this @gallerynucleus exhibit!

Among the artwork are unique posters inspired by iconic sci-fi imagery. These exclusive illustrations are available for purchase as limited edition prints and are only available for a one-month timeframe. Ashly Lovett, Betty Jiang, Bryan Lee, Bryce Kho, Erin Vest, Ilya Kuvshinov, MizuCat, Patrick Leger, and Qiuxin Mao all each have one image there. All prints by the nine featured artists are $85 each and limited to 13 copies.

ATLUS West’s official Twitch also has an archived stream of the virtual reception, which was held on September 22, 2020. One of the artists featured in the gallery, Bryce Kho, performed a live painting during the stream.

Vanillaware is well-recognized for its highly stylized visuals. Long-time fans of action RPGs will recognize the company’s name from its previous works, such as Dragon’s Crown, Odin Sphere, Muramasa: The Demon Blade, and others.

A 13 Sentinels art exhibit is the perfect accompaniment to the game. We were big fans of the visuals and story-telling in our review, which you can check out here.

Published by Atlus, 13 Sentinels: Aegis Rim is available now on the PlayStation 4 worldwide.