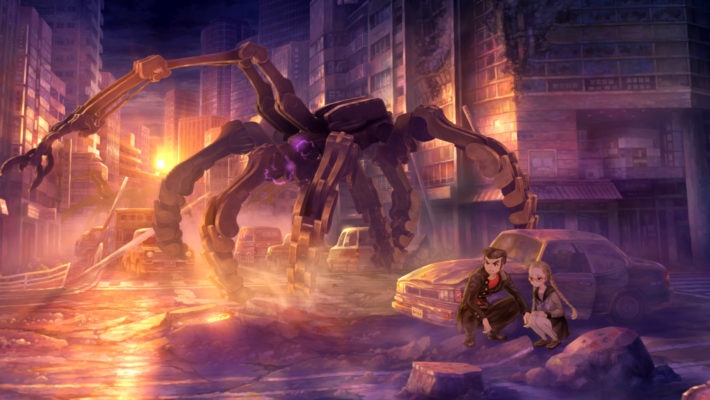 13 Sentinels: Aegis Rim is a complicated masterpiece that will leave you taking notes and double-checking its Analysis section to better understand who everyone is and what’s going on. It’s this lavish, intricate affair that, by its midway point, will leave you wondering how important even some of the more normal or obscure characters might be. It’s a departure from what people might expect from Vanillaware, sure, as I feel it sometimes has more in common with Kumatanchi than Odin Sphere, but it is unquestionably a lovely, intricate game.

Which… also means it is one fraught with spoilers. After all, we have 13 “main” characters here. Talking about how or when people met or what their relationship is like could ruin so many details later on. But that’s another part of what makes this game so special. Like ogres and onions, there are an astounding number of layers. 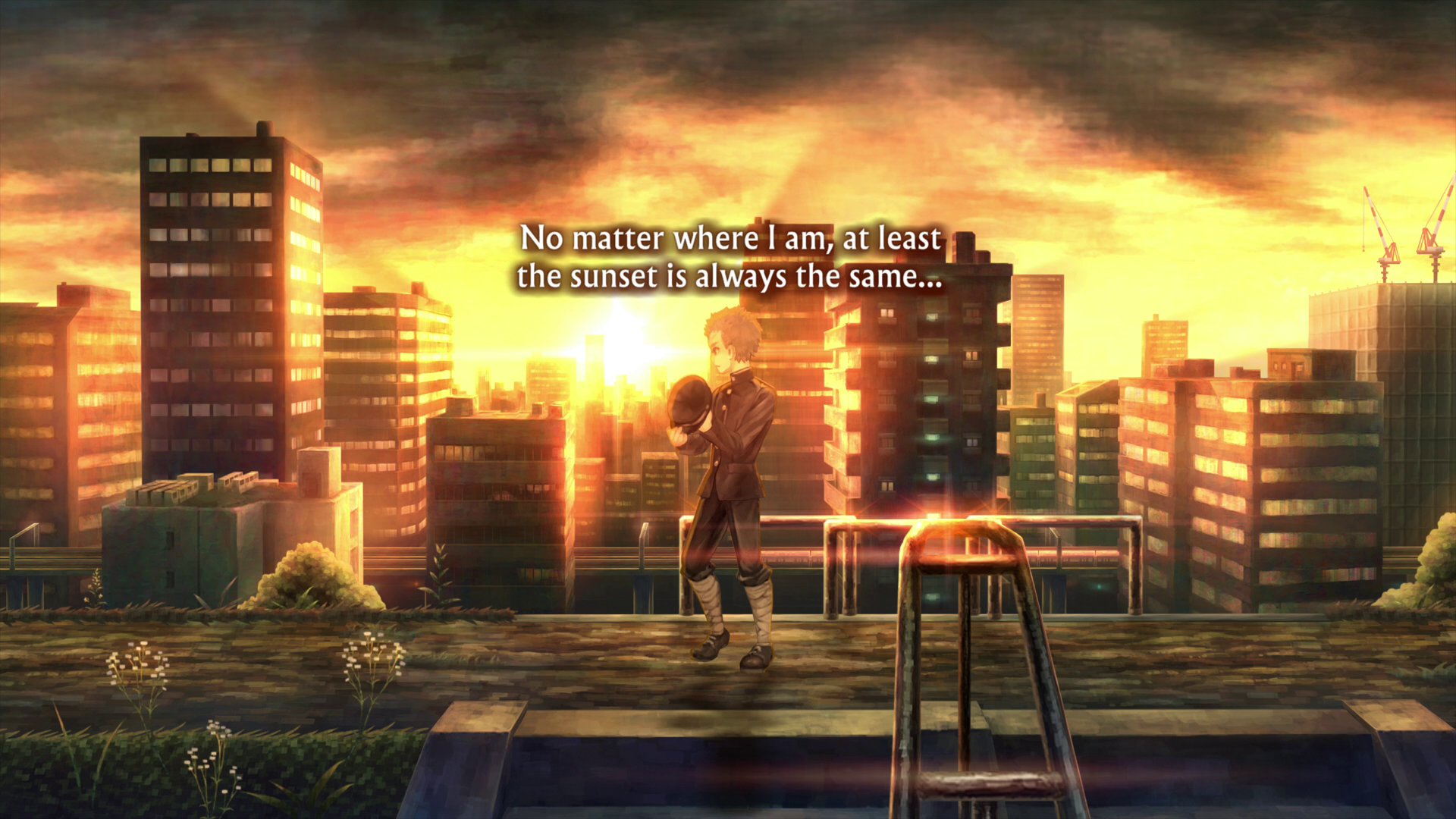 The basic premise is this. Kaiju are invading various periods of time, targeting mysterious terminals. A number of high school students get caught up in these battles and find themselves in the pilot seats of massive Sentinel mechs. This also all happens while James Bond-levels of intrigue and subterfuge and science fiction elements like androids are woven into the plot. By the end, some of the potential twists might make a lot more sense and others could still feel like huge surprises. But it definitely pairs coming of age elements, like Iori falling in love at first sight and certain characters growing up and into the people they were meant to be.

It very much feels like an visual novel, though it would be more accurate to describe it as an adventure game. Everything is intertwined and it can feel like there’s a real butterfly effect in action. As characters go about their lives, investigate, and speak to the people around them, they will build up their Thought Cloud vocabulary. There, names, terms, and ideas will come up. You can think about them to learn more or apply them to certain conversations/items to advance the plot and pick up on more lore and evidence. As you go through everyone’s stories, you develop better outlooks on each cast member and move their plots forward too. It’s engrossing and rewarding. “What will I learn about Megumi and her goals this time? What about Nenji?” 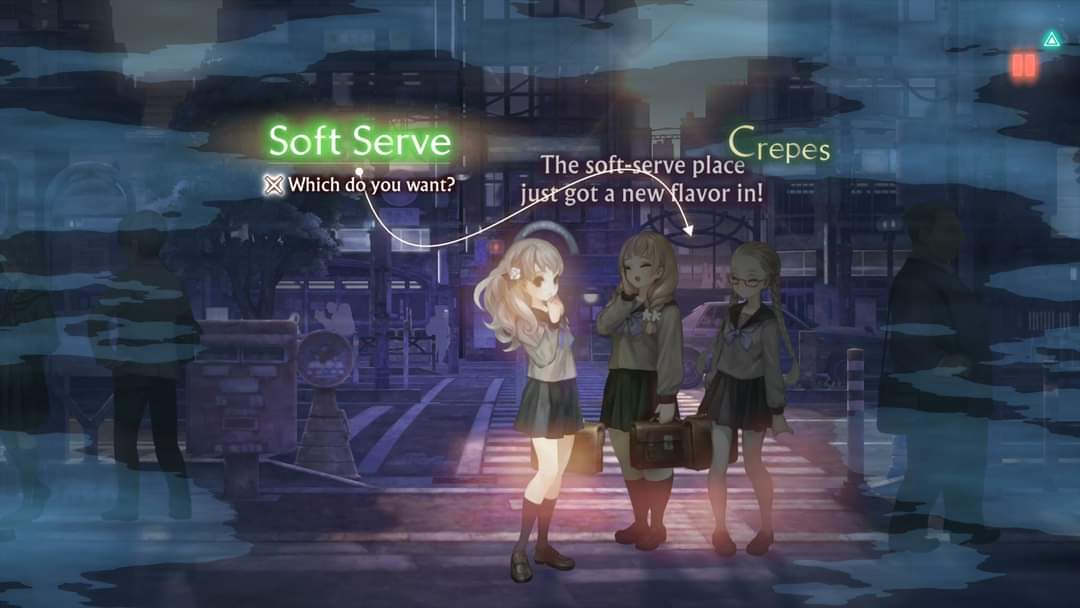 But what I love is that even though the adventure is arguably the primary focus, the real-time strategy segments are also genuinely fun. If Vanillaware and Atlus wanted to release a whole other fandisc that only had additional terminals to defend from different waves of kaiju with certain Sentinel selections, I would be onboard with it. Each Sentinel belongs to a different generation, which influences its movesets and capabilities. So since Takatoshi has a first-generation Sentinel, it has physical attacks that allow him to move and inflict massive, close-range damage. Keitaro has a third-generation unit, so plant him somewhere and let him use his railgun to attack enemies at range.

I also have to say I dig the aesthetic and objectives for the RTS segments. They’re never overly long. After a while, the Terminals will eventually obliterate all kaiju on the map. The Sentinels can be bound by laws of reality that make sense, like being forced to move along roads, rather than walking across and standing in the middle of buildings. Well, unless its a fourth-generation model like Ei’s, which actually can fly. They make you think, they move swiftly, some can genuinely be challenging if you go with the Normal or Intense difficulty. 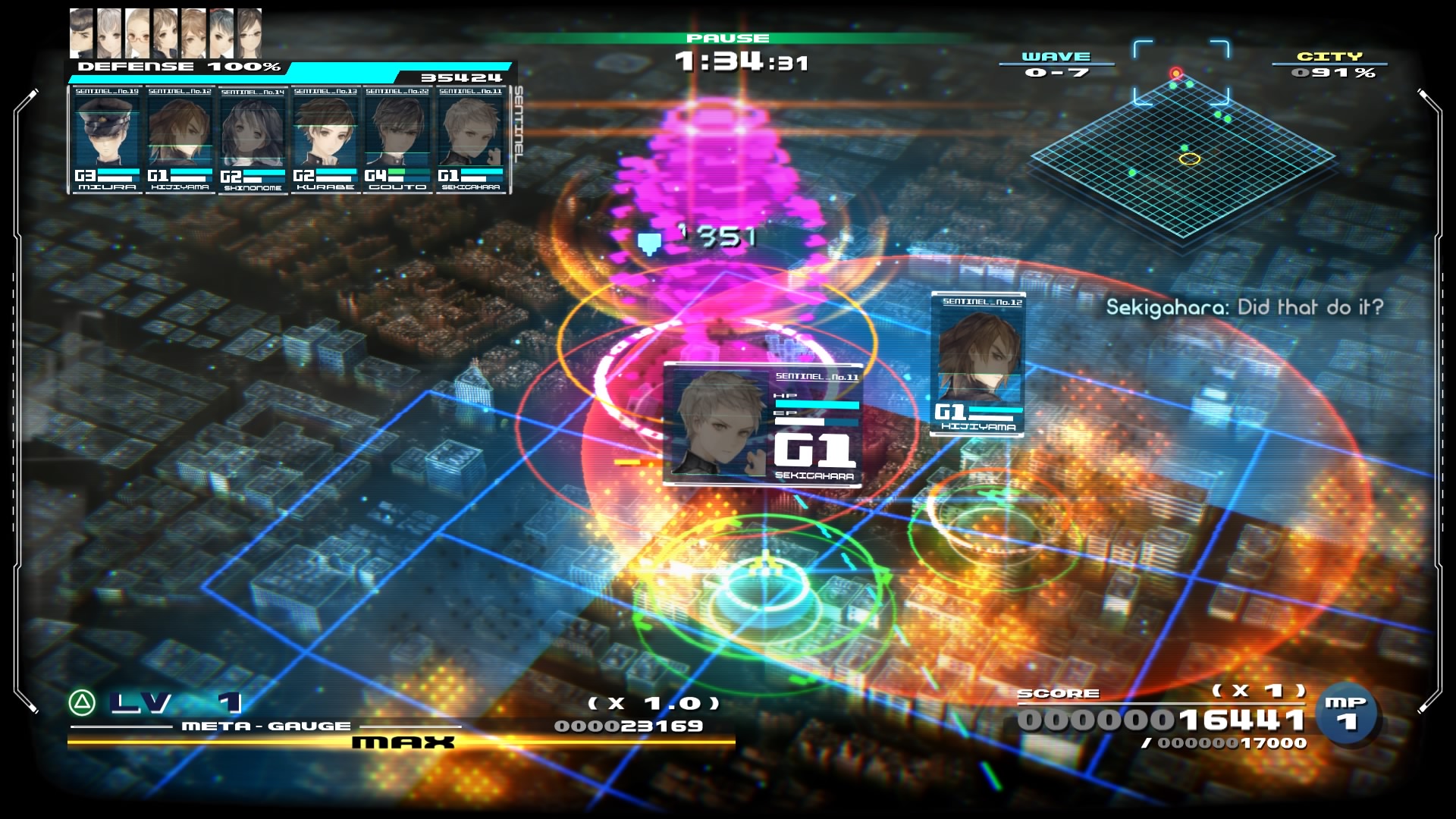 13 Sentinels: Aegis Rim also has that signature sense of Vanillaware style. The artistic direction is top-notch and as lavish as you might expect. However, while games like Odin Sphere and Muramasa: The Demon Blade reveled in fanciful topics and brought in vibrant colors, here we have more subdued subjects. 13 Sentinels: Aegis Rim looks at the ordinary and more natural elements, like human beings, trees, and more conventional buildings, then pairs it with extraordinary, industrial figures like sentinels and advanced technology. The juxtaposition helps you appreciate the details in each one.

There’s also an exemplary use of space here. 13 Sentinels: Aegis Rim is very much a “blink and you’ll miss it” game. That could mean not noticing another major character is someone in the background in another protagonist’s storyline. It’s about appreciating the way light plays off of characters to create space and distance. So even though Juro is talking to Megumi in her prologue chapter and he’s right there, the way he’s in the shadows and she’s in the sunlight emphasizes the change and difference between them. Vanillaware’s mise-en-scene, which is a fancy film way of saying the way it arranges characters and their environments, is extraordinary. The forced perspectives used on Sentinels and Kaiju especially emphasize the threat they pose and how “other” they feel compared to a relatively normal cityscape. 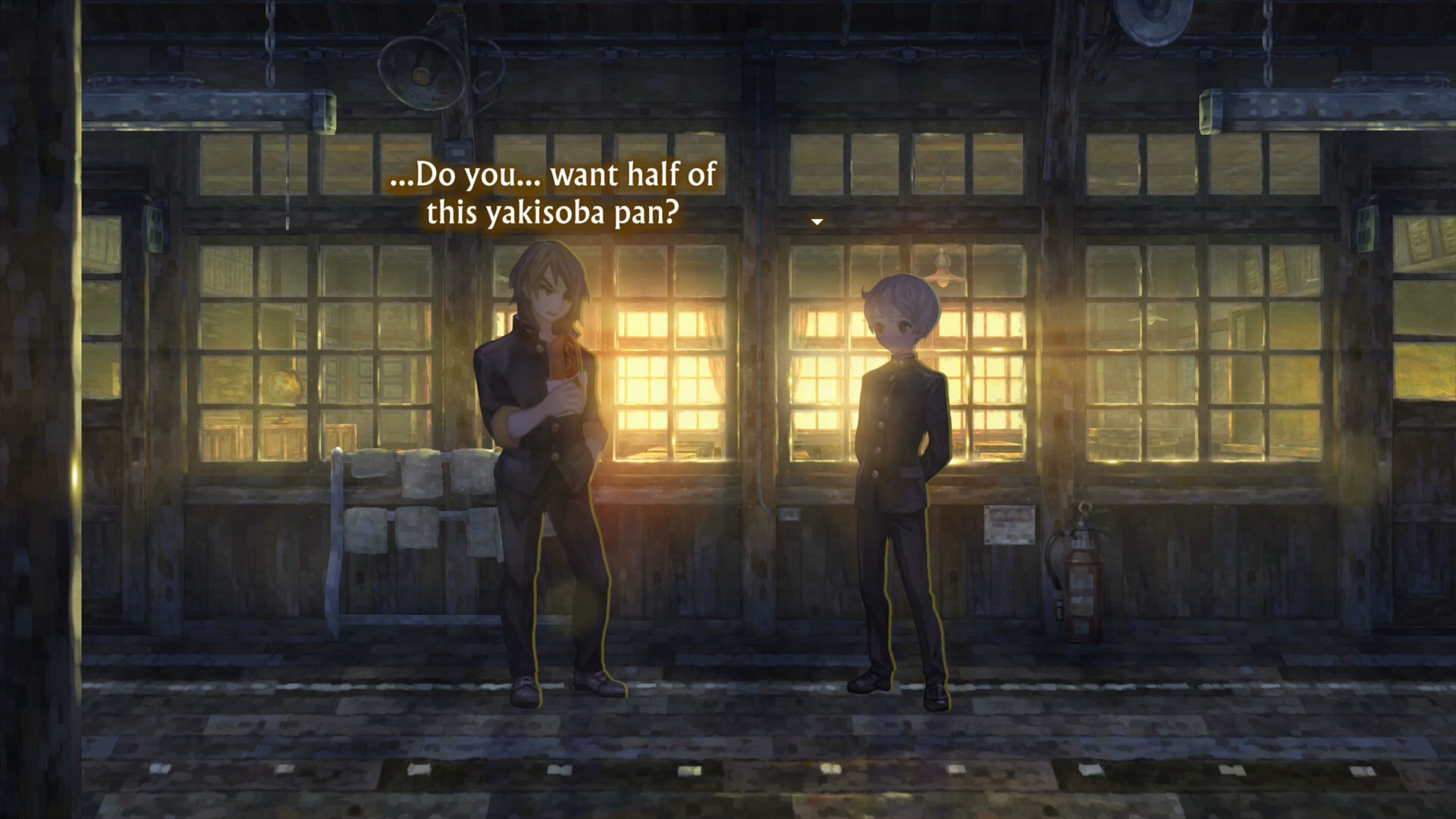 I purposely used that term, because it alludes to something else about the adventure elements of 13 Sentinels: Aegis Rim. This is a very cinematic game. We have an ensemble cast where all these characters and their stories intertwine. It’s filled with establishing shots. Since each character’s story can involve them being in isolated areas or sections, it can almost feel like some are set-pieces.

13 Sentinels: Aegis Rim is full of the sorts of complexities and nuances that make you want to double back and analyze the script, lore, and artwork in every scene. There’s so much going on, but it’s handled in a way where you’re typically never given more than you can handle. Rather, it prepares you for its major moments. (I’m especially looking forward to replaying it once the English voice acting is available, since I’ll be going in knowing all of its twists and turns.) 13 Sentinels: Aegis Rim is a Vanillaware tour de force and another impressive addition to Atlus’ lineup.