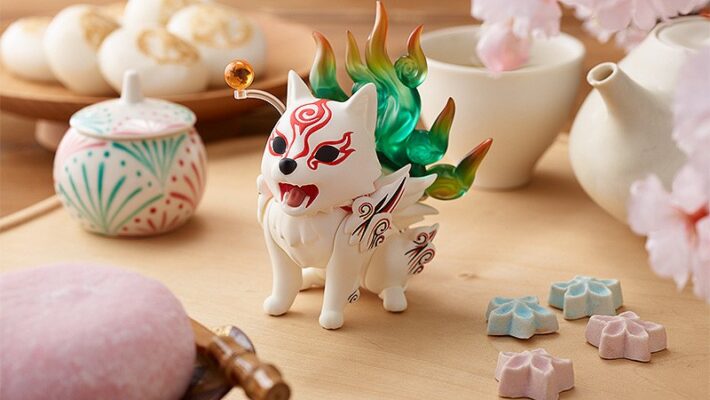 The next Okami Nendoroid will be of Shiranui, an earlier form of Amaterasu. Both standard and DX versions of it will be available. The basic model will be $70.99/¥7,000, while the DX one will cost $87.99/¥8,800. Both will ship in Japan in June 2022 and in North America in August 2022. Pre-orders will come with a sparrow purchased atop a food dish.

The version you get determines how many extra parts are included. The basic version comes with two face plates. One has Shiranui’s mouth closed, and the other open. There are also three additional pairs of paws for posing. Ishaku, the Celestial Envoy/flea is along for the ride. You can also equip the Reflector Solar Flare. 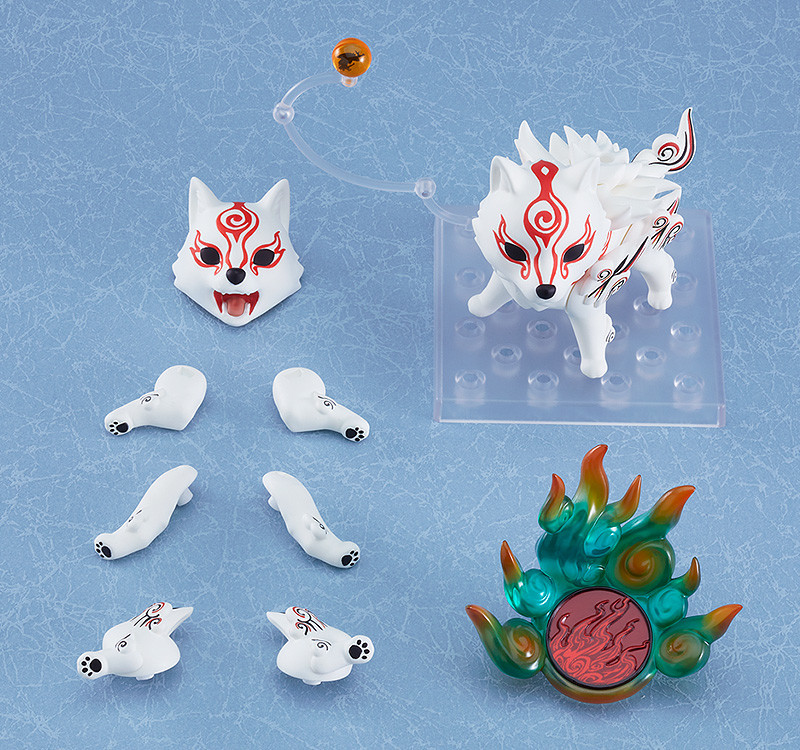 The DX version of the Okami Shiranui Nendoroid comes with one extra face plate and two more weapons. People can make it look like Shiranui is howling with one new part. You could also have the Glaive Thunder Edge or Tundra Beads Rosary equipped. 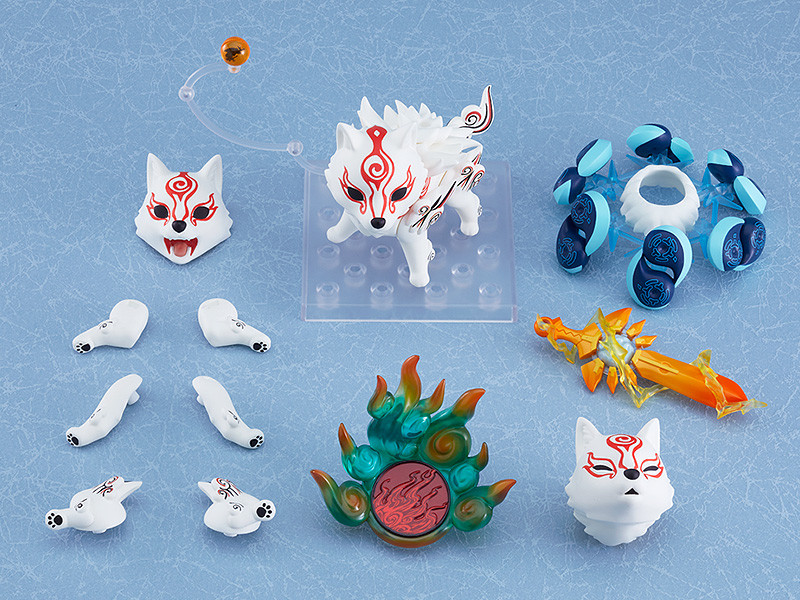 And finally, here’s the sparrow perched atop a food bowl that acts as the Good Smile Company Shop pre-order bonus item. 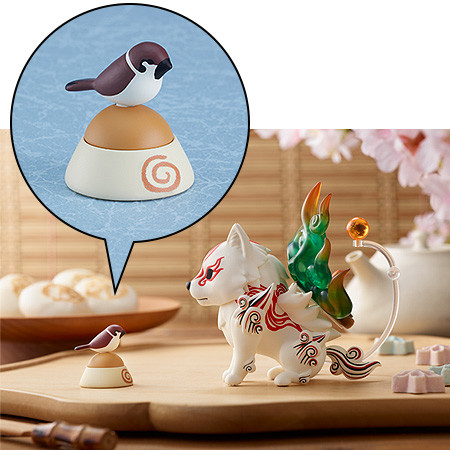 This isn’t the first time there were two versions of an Okami Nendoroid. The original Amaterasu figure appeared in standard and DX versions as well.

The Okami Shiranui Nendoroid standard and DX versions will appear in Japan in June 2022 and in North America in August 2022.