Tales of Symphonia Chronicles is slated for release in the West in 2014. Japan will get the HD remasters on October 10 and Namco Bandai put together a collector’s edition on LalaBit Market. 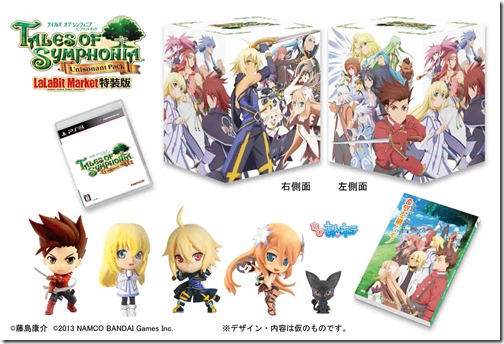 The 9,980 yen ($99) package includes the PlayStation 3 game, five figurines, a Tales of Symphonia novel light novel, the first print 10th Anniversary Greeting card with a message from the artists plus a PS3 custom theme, and a box designed by Ufotable. We’ll have a report on what it’s like to be inside Tales Festival later on.