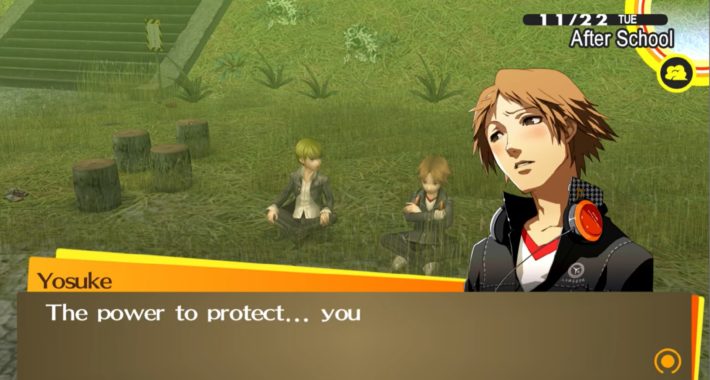 With a PC port of a game comes more opportunities. Essentially, it means we could end up seeing a Persona 4 Golden mod or two sometime in the near future. While things are still early going, a video has popped up showing some work MadMax1960 is doing on a mod called Yosuke romance. As you might imagine, it makes the Persona 4 Golden Magician social link take a turn. [Thanks, USGamer!]

Right now, this potential mod is 10% complete. The goal is to have a romantic route for Yosuke between social link ranks seven through ten. The goal would be to include cut romance lines, which had previously been discovered in the game, identify their “unused voiceline IDs,” and give people another option.

At the moment, there is a playable work-in-progress Rank 10 conversation. People can already download the file for that. Or, they can take a look at the video before to get an idea of how this Persona 4 Golden mod will work.

Also, as another reminder, here’s a video with the removed dubbed audio.

Persona 4 Golden is immediately available on both the PlayStation Vita and the PC. Following the PC version’s Steam debut, it ended up breaking a concurrent player count record.