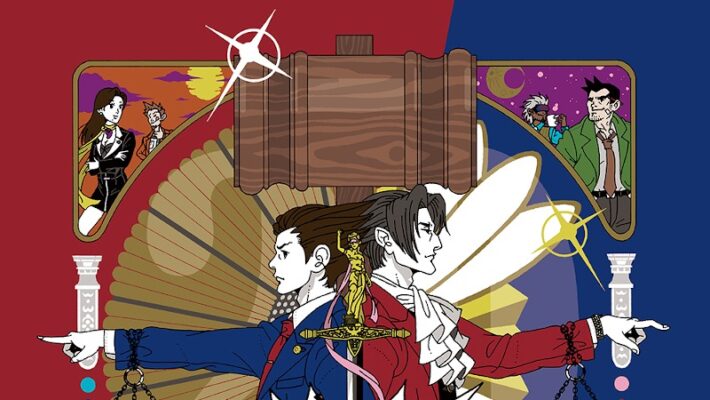 Capcom celebrates the 20th anniversary of the Ace Attorney series on October 12, 2021. The game series’ development team collectively published a special message on the portal site. Additionally, the Japanese side of the website has a new special page dedicated to the anniversary, compiling info on merchandise and events in Japan. Additionally, two new art pieces made for the Ace Attorney series’ 20th anniversary are on display.

The Japanese anniversary webpage provides links to a variety of merchandise items based on the original Phoenix Wright series and The Great Ace Attorney Chronicles, including a collection of character stickers for LINE. The page also contains a special Ace Attorney art piece of known characters drawn in the style of the late artist Osamu Tezuka. The two new Ace Attorney anniversary art pieces, as well as the Osamu Tezuka inspired illustration, can be found below: 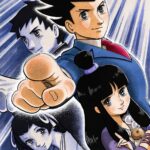 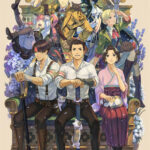 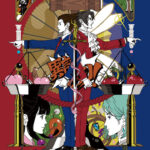 Capcom frequently features Ace Attorney at its physical Capcom Cafes. The Aeon Lake Town cafe in Koshigaya, Saitama, is currently holding a new collaboration with the franchise. The event will last until November 18, 2021.

Ace Attorney is a series of visual novels where the player assumes the role of a defense lawyer. The player collects evidence from crime scenes with point-and-click gameplay. They then use the evidence in trials to contradict testimonies and overturn accusations against the lawyer’s clients.

The Ace Attorney series officially debuted with the release of the first Gyakuten Saiban for Game Boy Advance in Japan on October 12, 2001. The series mostly gained its recognition outside of Japan once Capcom released the English localized version, Phoenix Wright: Ace Attorney, for Nintendo DS in 2005. An HD compilation of the original Phoenix Wright trilogy is immediately available on Nintendo Switch, PlayStation 4, Xbox One, PC, iOS, and Android devices.