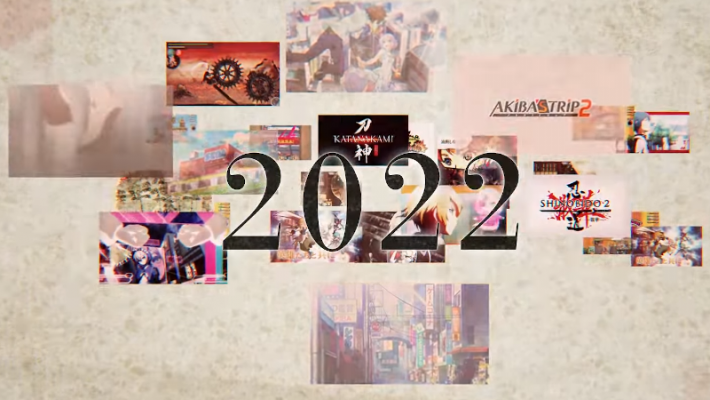 Acquire will hold its own game show on YouTube on Sunday, June 5, 2022. The company behind the Tenchu, Way of the Samurai, and Akiba’s Trip series will showcase its past and future in this stream. Company president Takuma Endo will also be present.

Acquire has published a teaser trailer for its upcoming game show stream. It shows a quick recap of the company’s history, starting with the 1998 PlayStation title Tenchu: Stealth Assassins. Its latest title released to date is Katana Kami: A Way of the Samurai Story, available worldwide on the PlayStation 4, Nintendo Switch, and PC.

The company is also gathering questions from Twitter users on its Japanese account. Takuma Endo will answer some of the questions in the upcoming stream.

In early 2021, Acquire announced Labyrinth of Zangetsu. The company originally planned to release the 3D dungeon RPG on the PS4, Switch, and PC in 2021. However, it has not published a new press release since then. It instead stealthily updated the product page on its website to remove the platform list and move the release window to 2022.

Acquire revealed Kamiwaza: Way of the Thief at New Game Plus Expo 2022 held at the end of March 2022. This game is a remaster of the 2006 PlayStation 2 title that was previously only available in Japan. Acquire will self-publish the title for PS4 and Nintendo Switch in Fall 2022 in Japan as Kamiwaza Tourai. NIS America will help release the global English localization of the game in the same period, with an additional PC version.