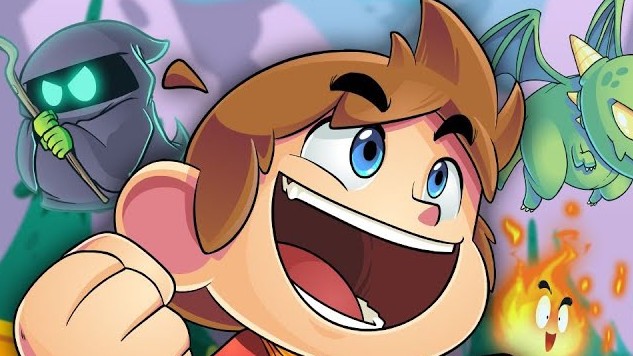 Alex Kidd in Miracle World DX, the updated version of the original game from Jankenteam and Merge Games, will debut on June 24, 2021. It will appear on all current consoles and PCs. (Both Epic Games Store and Steam will offer it.)

This updated version of Alex Kidd in Miracle World was one of the many June 2020 announcements. As a reminder, it takes the original game and builds up on it. There are both original and classic graphics options. There are new levels to explore in the updated version of the game. (Though, if someone prefers, Classic mode is the same as the Master System release.) People will also be able to go through a Boss Rush mode to tackle only the more challenging opponents.

Here’s the latest Alex Kidd in Miracle World DX trailer, which offers a better look at the new and old levels. It also lets you see the game with its new art style and retro Classic Mode look. However, the main focus is to offer a peek at the newer elements.

Alex Kidd in Miracle World DX will come to the Nintendo Switch, PlayStation 4, PlayStation 5, Xbox One, Xbox Series X, and PC via both Steam and Epic Games Store on June 24, 2021.